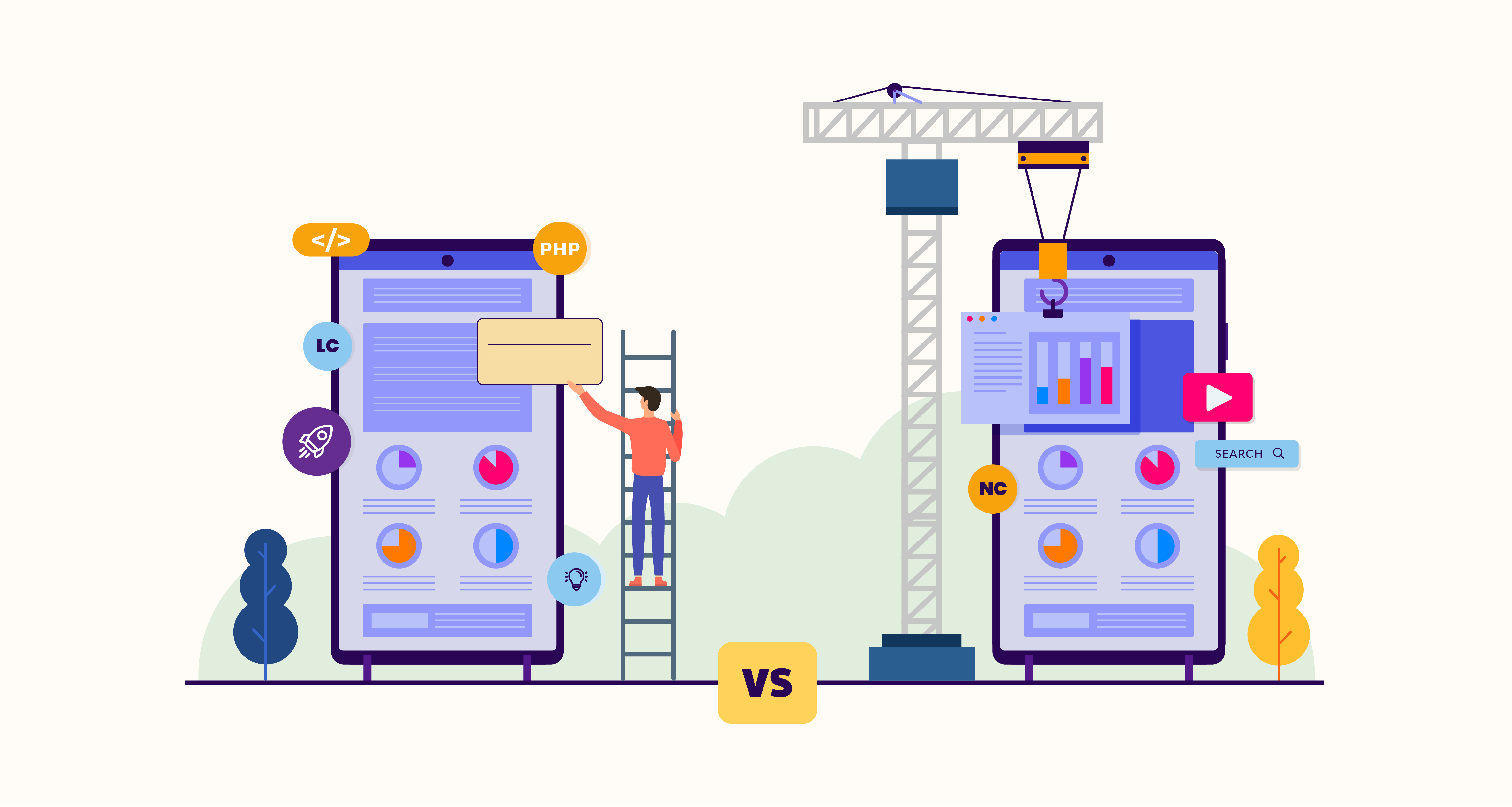 While there is no dearth of discussions regarding the “low-code” and “no-code” app development, there is less clarity about the mutual differences between the “no-code” and “low-code” approaches. While there are several such platforms that enable businesses to build rich, dynamic applications without much code writing or actually without writing any code at all.

Many still do not know what these platforms are capable to do and their specific specialties. The principal difference obviously doesn’t concern whether projects need code or not, it is about the kind of projects that can embrace such approaches and the benefits they can get.

The no-code development has particularly become popular for citizen developers or developers with no coding background. Thanks to this approach, people without any coding experience can also build highly functional apps as they don’t need to write a single line of code. The “low-code” development in contrast is actually for professional developers who want to speed up the development process by writing less code.

Here we are going to explain the low code vs no code comparison with their mutual differences and the way these two approaches work.

What is Low-Code Development and How It Works? 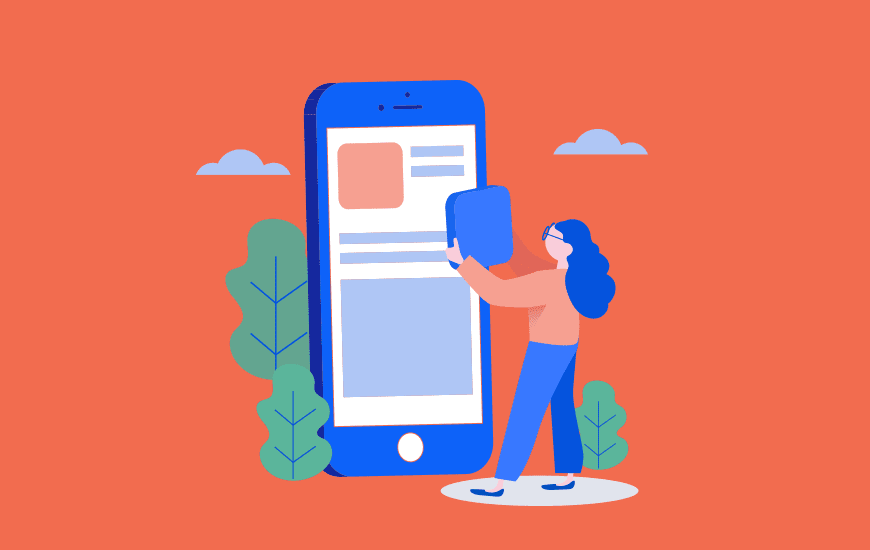 As the low-code approach can fully replace the traditional code wiring for an app, the professionally skilled developers can actually work smarter and deliver results faster without getting mired in repetitive coding. In some app projects, they need to write code for just one-tenth of the app features or even less.

The Upsides of Low-Code Development

While the benefits and value propositions of low-code development may consume thousands of pages of content, there are also certain downsides that we must remember. Here we explain some of these downsides.

What Is No-Code Development? 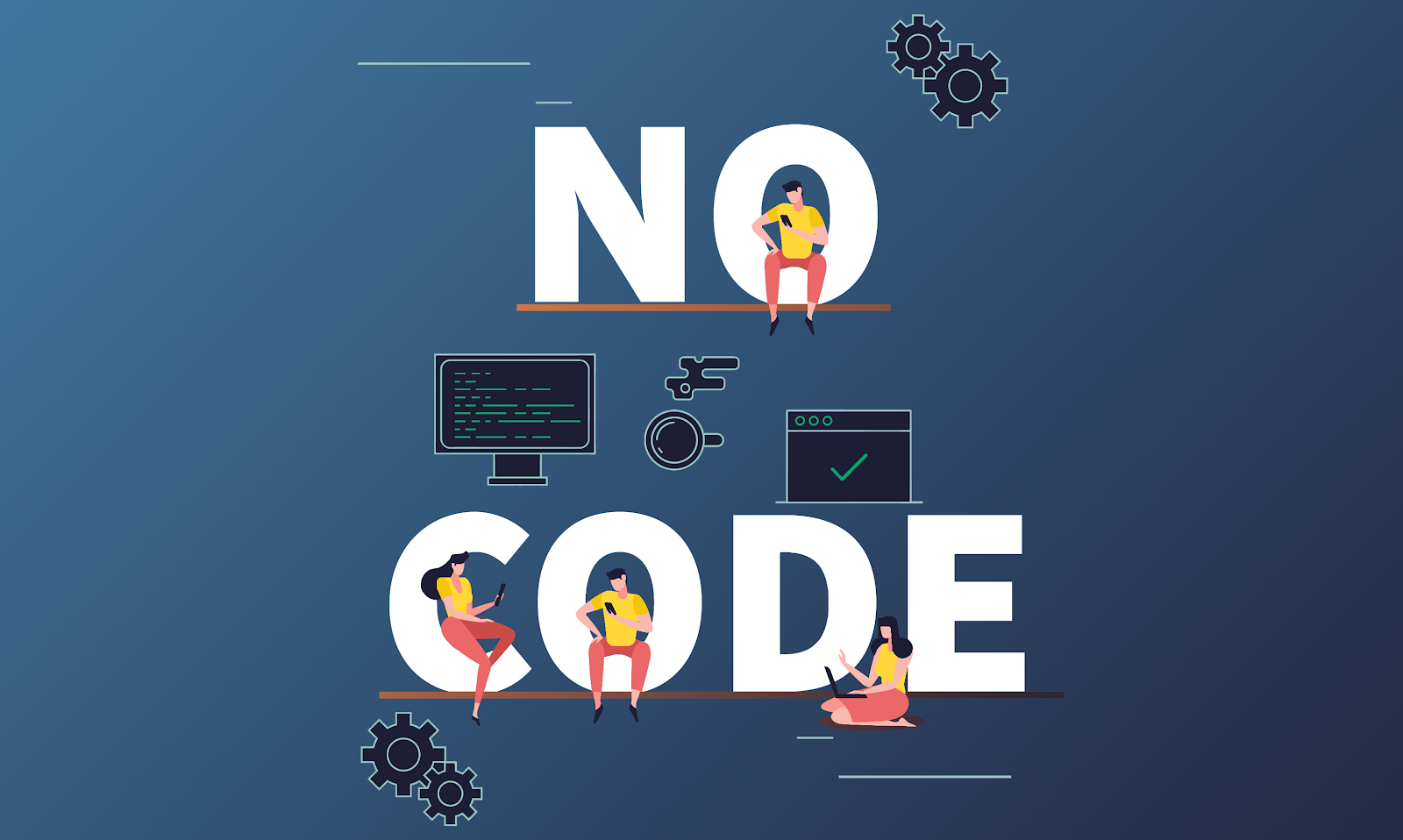 No-code development approach is basically for citizen developers who do not know how to program or are not exposed to the technical aspects of any app. No-code development solutions work simply like popular blogging and CMS platforms that allow building web pages with drag and drop layouts, design elements, and features.

Though no-code development opens up the opportunities for citizen developers to build their own apps, they are really difficult to customize and offer a very limited range of functionalities and features. Generally, the vast majority of the no-code platforms are designed for solving a specific business issue.

How the Low-Code Approach Differs From No-Code Development? 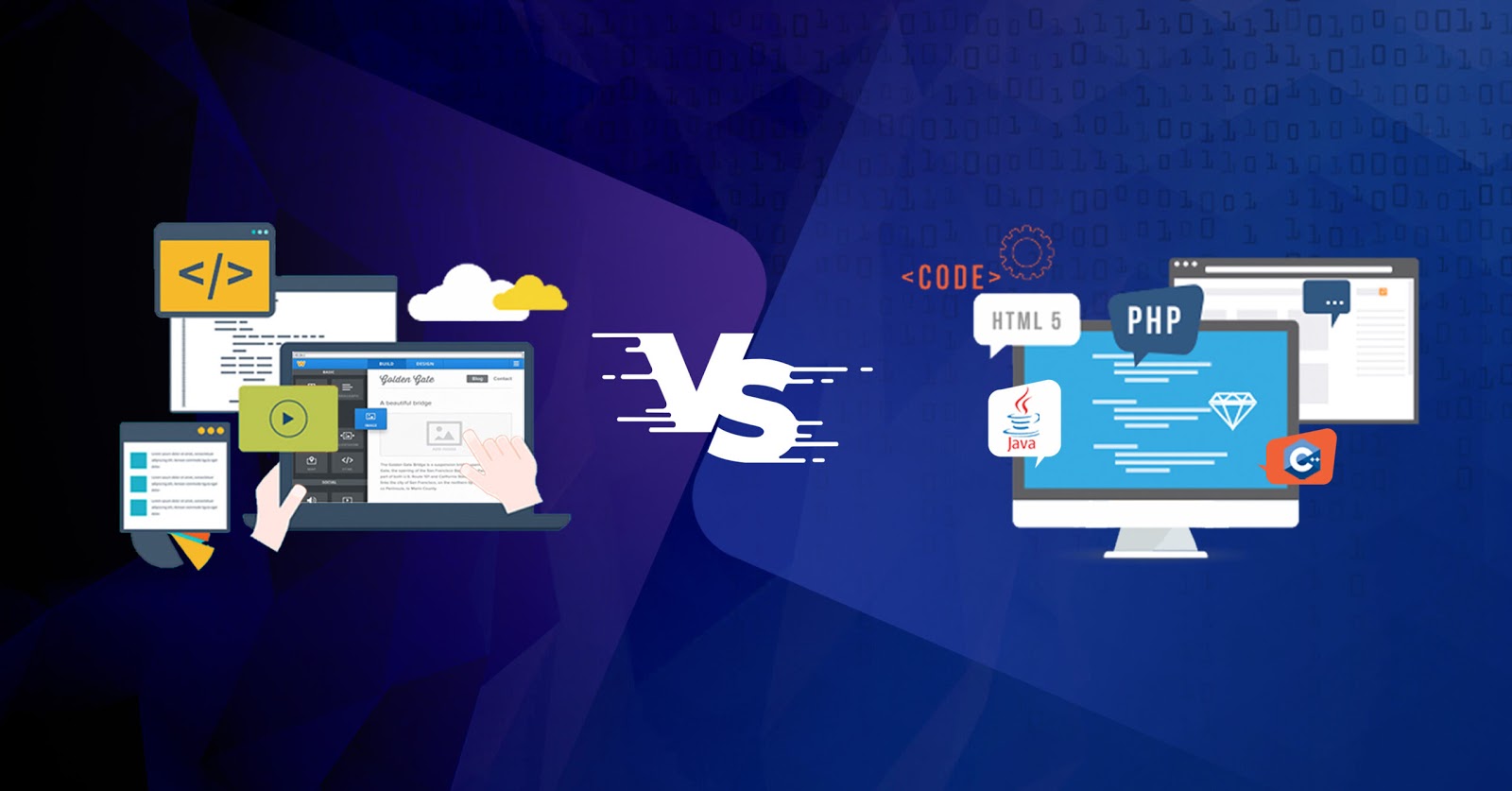 Actually, we can call a whole array of minute details and aspects that make low-code development differ from the no-code development approach. But without expanding our focus to these areas, we would try to explain the key differences.

No-code development can only cater to the citizen developer or businesses trying to build solutions without writing any code. They don’t require little or no training and anyone in a company with a basic understanding of the project can develop business apps at a rapid pace. Among the downsides of this approach, increased security concerns, lots of compliance issues, problems regarding compatibility, integration, and configuration that can be painful for a project in the long run.

What Do These Two Approaches Really Mean for Mobile App Projects?

To be precise, when you want to go with a low-code development, you need to have onboard professional experts having development knowledge and skills with native programming languages and OS platforms such as iOS, Android, desktop, etc. For this approach, they also need access to a variety of tools for designing screen layouts.

No-code development in contrast to this approach, offers a much more simplified approach, it just does away with even the minimum amount of coding and instead, it allows building an app by using pre-coded components. Though thus ensures optimum development pace, very low resource requirements, and greater control of the projects, the approach has its downsides as well.

No code development can be hugely problematic for addressing customisation needs, it can compromise with security easily as reusable code is used across multiple apps and you have less expertise on board to extend the capabilities and app features when required.