ASP.NET vs PHP: What to Choose for Your Website & App Development Needs? 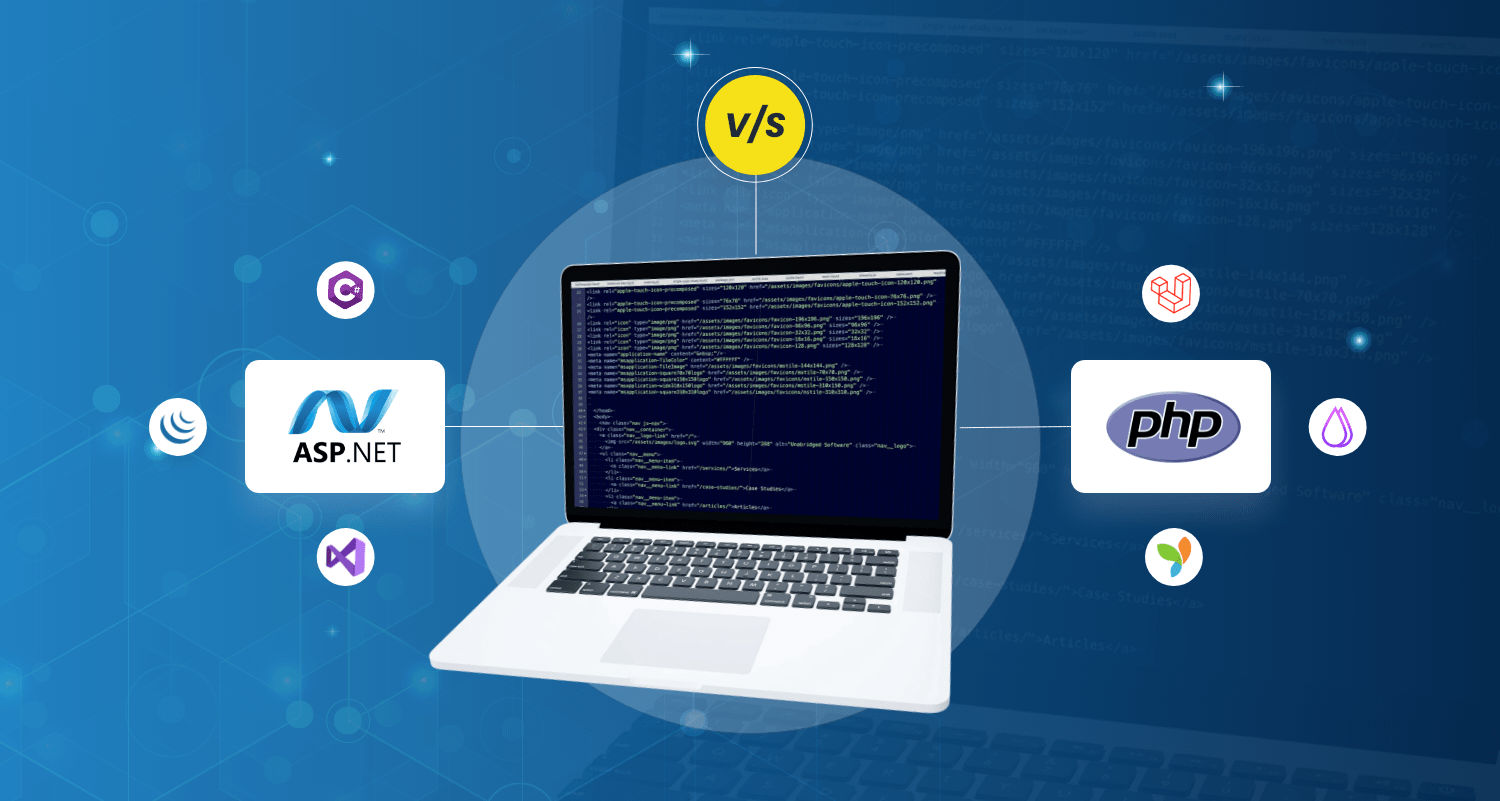 The best programming languages for web app development will provide the best performance and user experience. They also offer the most flexibility in building complex web apps.

This article will explore the best programming languages for web app development, what sets them apart, and why they’re worth your time, with a leading ASP.NET development company.

Web developers are responsible for Web applications’ online experience and the Web’s appearance. They design and build the front-end code that enables users to interact with Web applications, such as the look and feel of the website, the interactions with the website’s content, and the overall performance of the website.

In this blog, we shall quickly compare PHP and ASP.NET technologies to give you clear insights.

What is PHP Development?

PHP is a programming language that allows developers to build web applications, websites, and web applications. It’s a recursive acronym for hypertext processors and is a web development framework embedded in HTML.

In other words, PHP code is written in HTML, which is a markup language. It allows developers to build dynamic websites and web applications with HTML, CSS, and JavaScript.

PHP is a programming language that is easier to maintain and has a large community of developers who provide help whenever needed. It is also the most common language used on the Internet, making it a good choice for professionals.

The primary disadvantage is that PHP is a server-side language that requires a web server to run. This can be an issue if you don’t have a web server or want to run your PHP code on a remote server.

PHP is slower than many other programming languages when executing code.

PHP can’t solve specific problems that are better solved with JavaScript, such as the ability to build complex animations and interactions.

SEE ALSO: How to Choose the Best PHP Development Company?

What is ASP.NET Development?

ASP.NET allows for adding and removing features as and when needed, making it one of the most flexible programming languages.

It is an open-source framework, meaning you can freely use and modify it. It also works with other .NET frameworks, such as the latest versions of Visual Studio, so you can still use the full power of the .NET platform when building with ASP.Net.

It allows developers to use the same code whether they are building websites or apps, reducing the learning curve and saving time

ASP.NET is architected, making it difficult to change without breaking other parts of the system. This has made the platform inflexible and difficult to use in some cases.

Setting up an ASP.Net web application can be a tedious and time-consuming process.

Combining that with the need to run your code on other platforms such as Linux or macOS can make it hard to get things sprinting.

Asp.net is a good platform for developing web applications, but it has lacked supporting tools and basic features since it was first released as a public platform.

ASP.NET vs PHP performance has a lot to be explained. Compared to PHP, the most widely used programming language for the development of web applications, ASP.NET has better performance.

This is because ASP.NET is built on .NET Framework, a platform developed by Microsoft based on the best programming practices and technologies. This makes it a better programming language than PHP.

Another important difference between ASP.NET and PHP is how they handle programming. While PHP is a single-thread language, ASP.NET allows for parallel programming, enabling chunks of code to be run simultaneously. This makes it a better programming language for handling large-scale web applications.

ASP.NET vs PHP security factor is explained herewith. ASP.NET and PHP provide a wide range of security options for protecting your code and data, but they approach the problem differently. For example, ASP.NET offers built-in security features such as SQL injection protection, cross-site scripting filters, and sensitive data encryption. On the other hand, PHP provides very little in the way of built-in security features. Instead, you’ll need to use external security solutions.

Regarding the cost factor, PHP is leading because it is an open source development framework, whereas ASP.NET charges some hosting fees. This means developers don’t have to spend much on hosting their applications if they opt for PHP. On the other hand, developers who want to build their applications using ASP.NET are forced to spend a lot on hosting since the framework is proprietary. This implies that PHP offers developers a better value for the money.

Which one is Best – PHP or ASP.NET?

PHP, the most commonly used language in the web development space, allows developers to build many different applications using only a small amount of code. Because of its easy learnability and wide range of features, PHP has become a go-to language for building web applications. The only limit to your PHP development potential is your imagination.

On the other hand, ASP is an open-source ASP framework that was created to provide developers with the tools they need to create websites using its included drag-and-drop feature. The framework’s best-in-class libraries allow developers to create websites with little effort and on the latest web standards. While it is aimed at building dynamic web applications,

ASP is also great for building static websites. The framework is free to use and comes with various helpful tools such as a built-in web server, database, and tools for testing and debugging.

Both of these frameworks have the best features and are good for their respective development needs. If you are still wondering which framework to proceed with, then we at CMARIX are your best tech partners. We can help you build the best solution for your business needs.

Get in touch with us to Hire PHP Developer and build a solution to outpace your competitors exceptionally.