BLOG
Why to build a ChatBot? 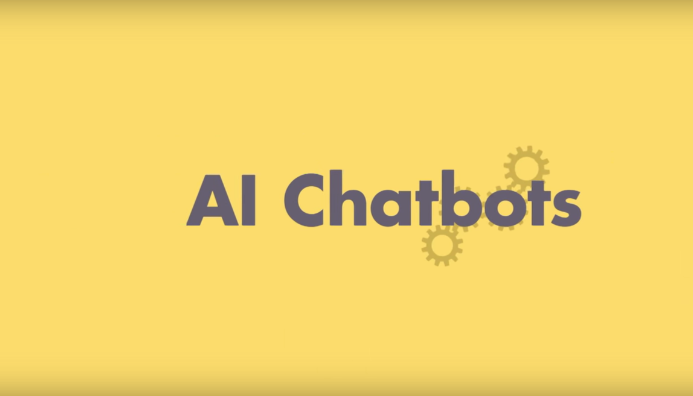 Why to build a ChatBot?

With the rise of artificial intelligence, startups are thriving hard to mark their presence in the competitive tech environment to prove how much more valuable and interactive their applications are. That’s the reason why you’re going to see a wide usage of “chatbots”. For an instance, if you are messaging to order a pizza or book your next vacation tour or even an entertainment ticket and having it delivered without having any actual human interaction– that’s what bots are all about.

A bot is software that is designed to mimic human behaviour & automate the kind of tasks you would more often do on your own.  Whether you’re making hotel reservations, appointment management or searching for information, bots make it all possible for you to be automate the process, be more productive & updated in your day to day interactions. They frequently reside inside messaging applications or they are at least designed to look that way. Many start-ups are targeting this unexplored business domain which has lots of growth potential. Designing your bot is an interesting topic. It should feel like you’re interacting real time with a human. Develop only one bot, and you can give your user better experience to access this on different platforms where Messenger exists.

Bots will have the ability to computerize a wide range of complex things. Numerous bots are developed to act like people when you converse with them so it has dedicated approach to help the person rather than simply writing in a search engine. Bots are firmly connected to Artificial Intelligence (AI), as they process natural language, while also continuously learning from the data to handle our commands better. Some companies use neural network with AI to develop a Bot. It consists of a variety of neurons, which are connected, more or less randomly, to other neurons in the network and this connections are usually in one way format. This network has been used to identify speech and translate between languages in the past, they’ve hardly been used to create systems that interpret and then respond to language. This ability of the bot to learn based on the experience is what gives it edge above other software concepts.

Bot is labelled as – “the conversation as a platform”. It’s all about to interact with system by using human language or words, and that the systems learn from our language and behavior. The Summarize & Caption bots from Skype, don’t require to communicate essentially through typing or speaking. Rather, they quickly summarize a story and display pre-written responses for getting more details over the given topic. There are other bots which are used by different industries like Fifybot which helps to get information related Fashion, Yellow Messenger bot for Shopping, booking or ordering something. Some more examples of bots are:

There is a new eco-system growing at rapid place which will be further disrupting our interaction with individuals and businesses. Rather than having a wide range of applications on your Smartphone, you could have one with numerous bots that can help with various tasks, like ordering food or checking weather or anything.

Bots have the ability to change the way that many brands do business, for example Taco Bell recently launched TacoBot within slack which enables anyone to order a taco. We’ve computerized messaging products before, but bots are different, advanced and more customized. It is the ideal time for ChatBots to be there because it would entirely change the way businesses communicate with customers. End users would be able to access a wide range of services directly by using messaging tools. Businesses would be able to communicate with customers in the form of online conversations. With the advancement of Bot technology it may be possible that humans talking directly to machines in voice-command line form as well as machines being able to talk to humans directly. Futuristic Bots may be able to compute the idea of human expression into command line themselves.

Dedicated apps obviously will not end just as multi-purpose desktop programming hasn’t vanished on the arrival of simpler, more specialized apps. ChatBots are getting to be a standout among the most intriguing innovation trends of cutting edge programming application world. According to few opinions, Bots are beginning to be viewed as another era of applications after websites and mobile application and many startups are currently in process of building their custom chatbot application.