BLOG
Why VueJS Is So Popular For Front-End Development? 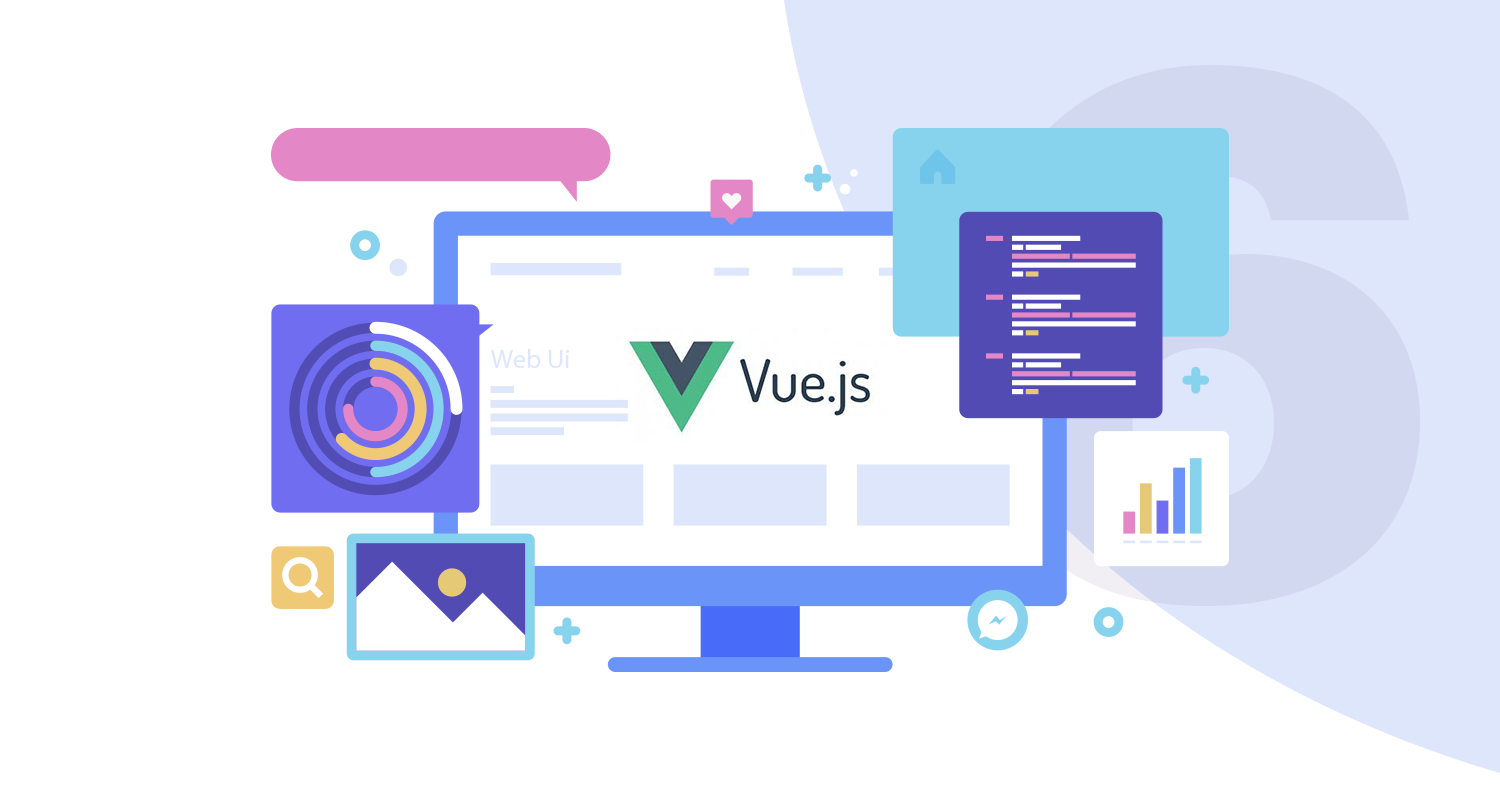 Why VueJS Is So Popular For Front-End Development?

Though in the beginning app development expertise was mostly about delivering a gamut of features, over time the focus shifted to design. The design is the key element that helps an app resonate with the audience. This is why web UI design has become so vital for businesses to have a proper digital footprint.

Developed and unleashed in 2014, VueJS is an open-source JavaScript framework that follows MVVM (Model-View-View-Model) architecture. According to the Stack Overflow Developer Survey conducted in 2019, it stands as the most popular JavaScript framework as of now. If you need to hire a front-end developer for your app or web UI project, VueJS comes as the obvious winning option. The framework is now available with the 2.6 version update. 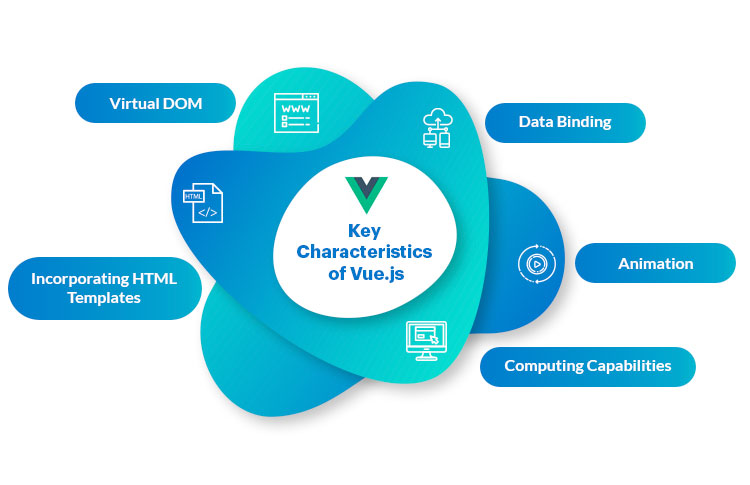 Vue.js works with Virtual DOM and thanks to this any change in the code instead of being directly reflected on the DOM, a replica of the DOM is created with a JavaScript data structure. Thanks to the use of this replicated JavaScript structure, designers have a bigger scope of experimenting with UI design.

Thanks to the data binding feature it becomes easier for the developers to create specific values for HTML attributes, change the style, and use binding direction referred to as v-bind.

Vue.js helps developers with a multitude of ways to implement transition and animation elements to HTML at the time of updating anything from the DOM. Thanks to this feature, adding it also becomes easier to add third-party animation libraries.

Vue.js comes with an HTML-based template that can bring together DOM with the Vue instance data. It helps to compile into the virtual DOM functions HTML templates. This helps make the process of UI development easier.

Thanks to the VueJS framework, computing capabilities can easily be utilized to evaluate the changes in the UI design. Thanks to this feature, additional computed features can easily be incorporated without any line of extra coding.

Most Important Reasons To Choose VueJS 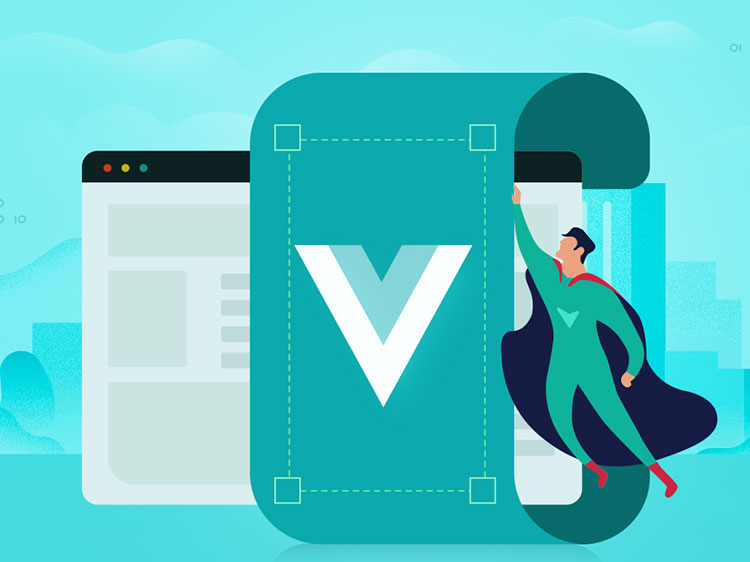 Now that the key features and the corresponding value proposition of the VueJS framework are explained, let us explain the most important reasons to choose VueJS for web UI development.

Vue.js is a highly flexible and scalable framework compared to most other JavaScript frameworks. This allows the framework to be utilized for building large and modular

As writing boilerplate code consumes a lot of time and resources, Vue.js can offer an ideal solution to get rid of this. The framework coming loaded with a lot of built-in solutions and helpful conventions saves a lot of development efforts. It also offers great support for an array of native development tasks such as animation, state management and using ready components.

After building and deploying an app, bug fixing, new feature integration, and continuous enhancements are necessary as part of the app maintenance. Vue.js when building and updating an app helps with optimum backward compatibility.

VueJS app projects do not need refactoring also quite often and this further helps in freeing a good chunk of resources.

Developers find Vue.js a great framework for not only the features but also for the unparalleled ease of development the framework ensures. It comes with a CLI (command-line interface) that makes starting an app project extremely easier. This CLI is a lot more flexible and user-friendly than that of other frameworks.

It also comes with a fully-fledged graphical interface that doesn’t require using cryptic commands into the terminal. There are also several other tools for the Vue developers such as nuxt.js which are meta-framework for universal applications, Vue Storefront, an advanced PWA for e-commerce and Vuetify, a Material Design component framework for Vue.

Vue as a framework comes with an extremely smaller size which is not bigger than a few kilobytes. This helps the framework to create less load on the bandwidth resulting in faster loading time and faster performance.

In case you have an app project that requires a performance boost, rewriting the app with VueJS can just be the ideal solution. It is a progressive framework that can be incorporated into your codebase gradually over a period of time. Instead of reworking on the app project at one go, you can build the app with an approach of taking care of one component at one time.

Last but not the least of all considerations is it’s raging popularity among developers.

VueJS has a robust developer community and several high-performance apps and web UIs have been built using VueJS. Some of the leading brands that find VueJS highly useful include media company NBC and Massachusetts Institute of Technology (MIT). So, when it comes to popular examples across niches, VueJS really stands way ahead of most other JavaScript frameworks.

This is another area of excellence for the framework. It is true that finding React or Angular developers is really easier. But in terms of a learning curve, VueJS stands way ahead of most other JavaScript frameworks in the market now. Thus obviously means you can do away with hiring new developers and instead can only try to upgrade the skills of your existing team for optimum output.

As a JavaScript framework VueJS us here to stay and prosper through a variety of JavaScript projects. No wonder, within just a few years of its launch, Vue became one of the most loved frameworks in the world.