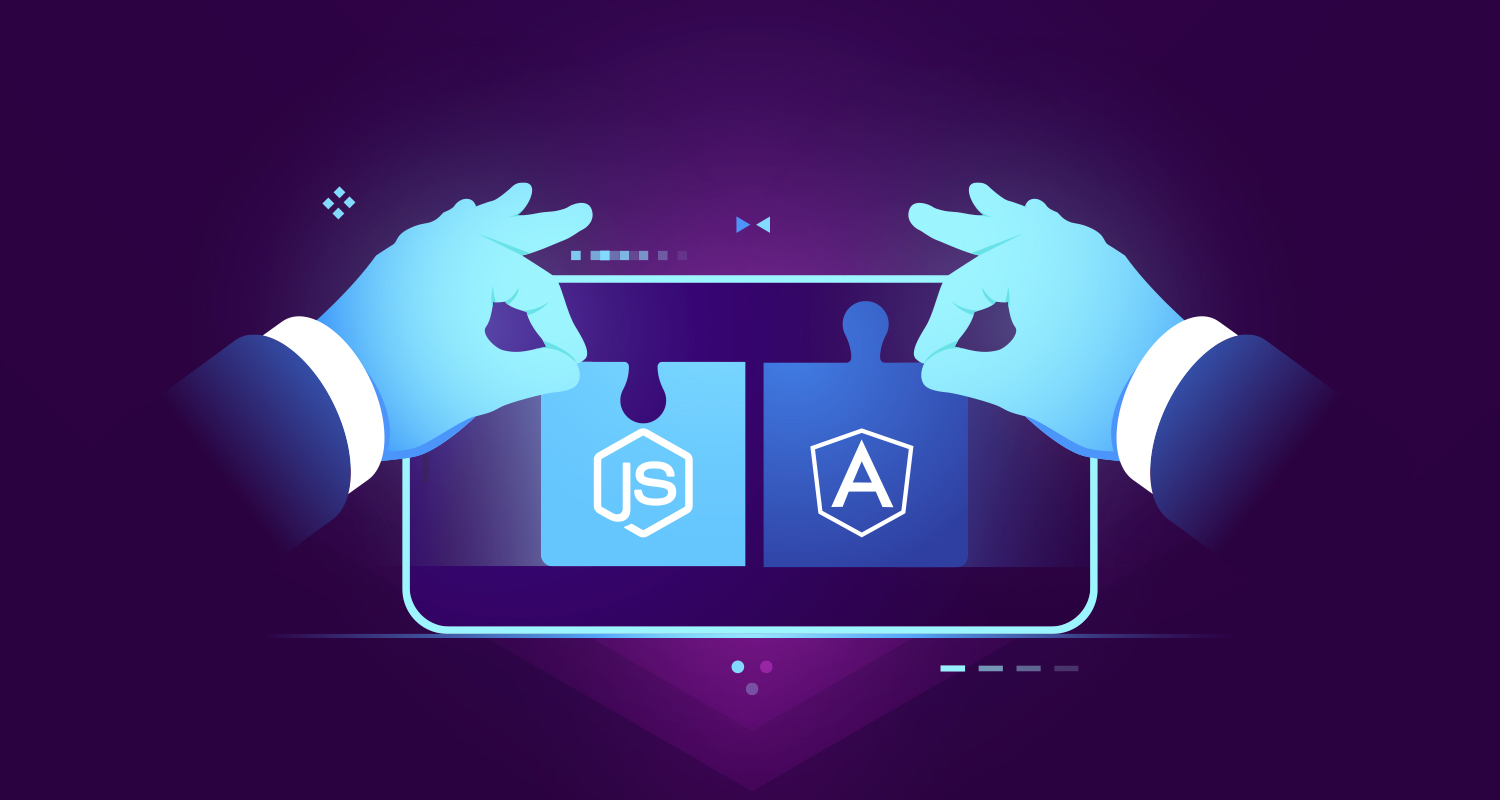 Angular JS is an open-source JavaScript framework has remained popular and acclaimed for developing web app frontend. Developed and maintained by Google it went through a whole spectrum of versions and is regarded as one of the mature frameworks with the worldwide following among developers. Angular is a key technology that any leading Front End Development Company considers important. In contrast, NodeJS is a JavaScript-based cross-platform development framework and runtime library that helps to build apps outside the browser. As a free and open-source library, NodeJS is widely used by developers for building robust server-side apps based on JavaScript.

Both frameworks have their respective pros and cons and both are globally popular. As per Stack Overflow 2017 survey report, both Node.js & Angular Have been leading web development frameworks. 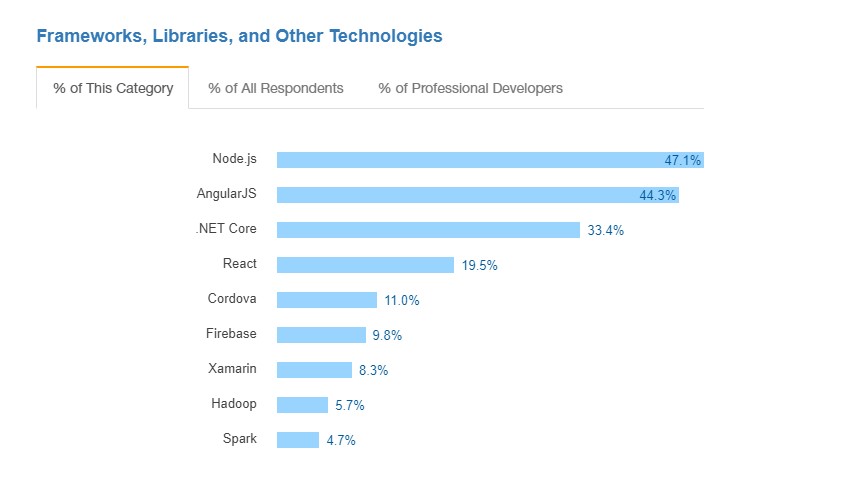 What is Node Js?

NodeJS is a JavaScript-based cross-platform runtime library and development framework for running Javascript apps outside the browser. NodeJS Development company prefer the framework as a lean and performance savvy tool for developing server-side apps.

Some of the key features of Node.js include the following.

AngularJs is a JavaScript-based front-end web application framework which is useful for building complex and feature-rich dynamic apps. The best thing about Angular is the capability to use HTML as the templating language and ability to view the components. Angular is one of the most feature-rich JavaScript frameworks that make things simple for web developers.

Some of the key features of Angular.js include the following.

The Essential Differences Between NodeJS and AngularJS

Both Node.js and Angular are different and unique in many respects. For building web apps both have their own specific approaches and advantages. But since both are popular and widely used, they deserve a detailed comparison.

Let’s compare them in regard to various aspects.

The web apps built with Node.js are likely to be more adaptive to different structures and server architectures. This versatility and flexibility is the key aspect of the NodeJS framework.

The Angular, on the other hand, is right for truly well-organized apps that consistently perform with different workloads and stages. It is also the high-performance framework for building dynamic web apps.

Node.js allows even the designers to compose JavaScript code. But as the framework comes with a run-time condition, the Node.js needs to be incorporated on the development frameworks for utilising it to the highest extent.

In contrast, Angular doesn’t offer such condition and there is no requirement of introducing the structure on their frameworks. This allows legitimate and easy incorporation of the Angular system in the app code as it happens with any other JavaScript documents.

As for the key constituents, Node.js relies on Google’s V8 JavaScript Engine for the run-time condition. Apart from this, programming languages such as C, C++, and JavaScript are also used to build this framework.

In complete contrast to Node.js and other JavaScript frameworks, the Angular is fully built-in JavaScript and only follows all structures and rules pertaining to the JavaScript language.

Both of these frameworks help to build and nourish a whole array of programming languages and development tools.

Node.js gives support to languages like TypeScript, CoffeeScript, and Dart. NodeJS as a more versatile framework focuses more on context-driven and utility-oriented programming while Angular sticks to practical organised and occasion-based programming norms.

When it comes to data handling synchronising two-way data between the model and view of a web app is a key strength of Angular. This is why Angular doesn’t need to give unnecessary focus on the database inquiries.

With Node.js it is altogether different. It allows developers scope to post legitimate database queries in JavaScript. This, in turn, helps the designers of the project to extend the database queries further into databases such as MongoDB.

The Angular as the mature framework with several updates dotting the years behind is fully equipped with features and attributes to build a highly intuitive and customer-focused app. The structure of the framework is relied upon by developers as tested and tried.

In contrast, Node.js only finds utilisation for quick app server-side app development needs that always allows developers the ease of continuous structuring and alteration as the development continues.

Conclusion: Which is Better Angular Or Node js?