.NET Core Is The Future Of .NET : How to Migrate To .NET Core

Microsoft .Net framework is quite popular and is used by thousands of apps across the niches. But ever since the announcements from Microsoft about .NET Core and .NET Framework any seasoned .NET development company are recommending their clients to migrate to .NET Core. Well, here we are for the express purpose of explaining the need for such migration. We will also explain the tools and ways to migrate your apps to .Net Core.

.NET Core is a versatile, open-source and well-equipped framework for a variety of platforms that can be used to build power-packed web applications. Since it holds most of the important attributes of the technology, for Microsoft, .NET Core represents the future and the company is planning to come with a unified platform this year that will replace .NET Framework. Once it is launched, it can be used for building applications across a wide range of platforms such as Windows, Linux, macOS, iOS, Android, tvOS, watchOS, WebAssembly, and many others. Actually, both .NET Core and .NET Framework are at the same time platforms and frameworks. While their platform attributes are the runtime and compiler, the framework attribute is the code library.

Read more: Is Asp.Net Core Behind The Success Of Enterprise Applications Development?

How Can I Migrate to .Net Core?

Most developers when considering migrating to .NET Core that can fulfil their needs, are likely to enquire about the apps they can migrate and the ways they can do it?

Obviously, it depends upon the type of apps they have. As and when you consider migrating your app to .Net Core, they have to analyze all the apps and for this, they can use several befitting tools. For example, they can use the diagnostics tool of the .NET Framework for compatibility or the analyser tool to check portability. 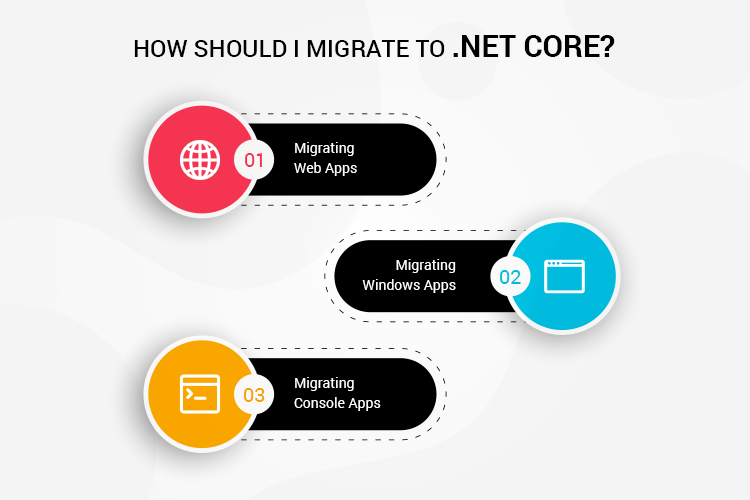 For migrating both the back-end and front-end of lent core applications in ASP.NET MVC requires going through some easy procedures and for this, you can take guidance from the Microsoft documentation. Here are the steps below.

In the case of front-end apps using web forms, migration is still not relevant. As of now, Microsoft revealed no such plan for migrating front end apps to ASP.NET Core.

For apps in the Universal platforms, there is no need for migration. In the case of Silverlight-based apps, there is a need for only basic changes in namespaces.

As for WPF and WinForms desktop apps, the migration process can be really complicated. As for turning these apps cross-platform, developers now only can use mono and Xamarin.

When it comes to console apps, the migration process is very simple. At the same time, you need to keep in mind various limitations corresponding to the OS and app interactions.

Key Things To Consider For Migrating Other Types Of Apps

For migrating other types of apps you need to consider a few aspects based on the limitations of certain apps. If the apps don’t belong to any of these categories such as web apps, windows apps, or console apps, you have to face a different set of shortcomings.

When An App Should Migrate?

We have already known that .NET Core’s present state does not support all types of applications. But for fulfilling future migration needs the following approaches can be more useful and effective.

You have to use MVVM/Model binding in case of web forms. This offers an MVC way of doing things and can reduce the burden of migration in the future.

Make use of APIs and client-side development. The apps developed using APIs and rich client-side frameworks such as Angular or React rely less on WebForms and naturally, they facilitate transition more easily.

Develop .NET Standard Libraries that can be used by both the full framework and .NET Core. This will give you a lot of flexibility as you can move logic to re-usable components.

Finally, in spite of rigorous efforts, you can’t transport the WebForms to .NET Core. The changes will appear with broken code and other things requiring re-writing of the code. As for now, this limitation cannot be avoided.

The Future is Here and It is .Net Core 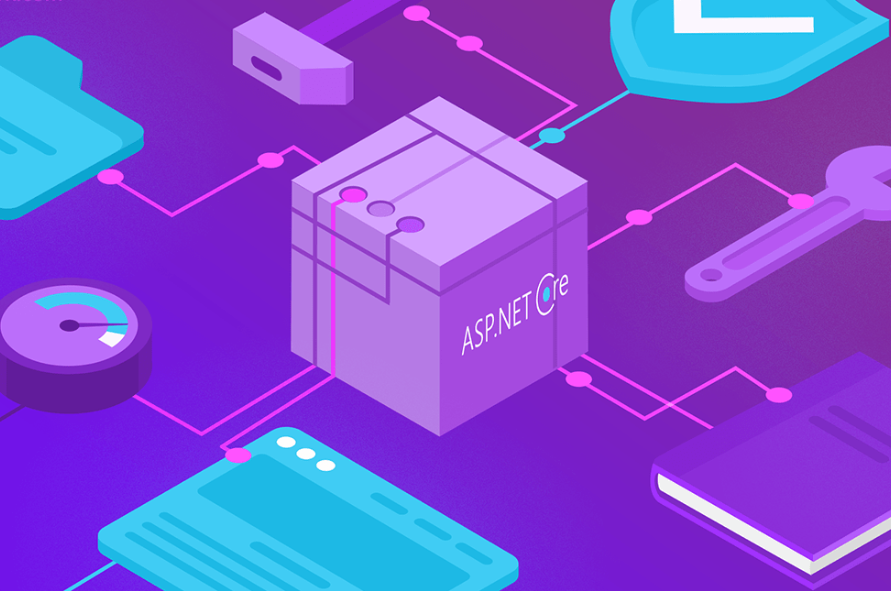 In spite of all limitations and shortcomings, .NET Core emerged as the future for multi-platform apps. Though we have already seen that .NET Core comes equipped with an array of new native features that are not supported by the traditional framework, the limitations are equally concerning. if look at the other way round, you don’t get optimum support for migration from .NET Core for all apps that are existing now. It is especially hostile to those apps that are closely integrated with Windows OS. While considering migration you have to carefully consider these challenges and plan accordingly.

.Net Core is here to stay, grow, become dominant, and eventually appear as the most powerful Microsoft offering for cross-platform development. But it is still in its budding state and while migrating the present set of limitations will continue to make problems for various apps.  As a final word of caution, you need to be aware that there is no comprehensive and fully reliable guide for app migration to .Net platform. You need to evaluate your app features and functions and consider the limitations in detail before deciding to migrate.