BLOG
Kotlin, The Most Credible Alternative to Java for Android Mobile App Development 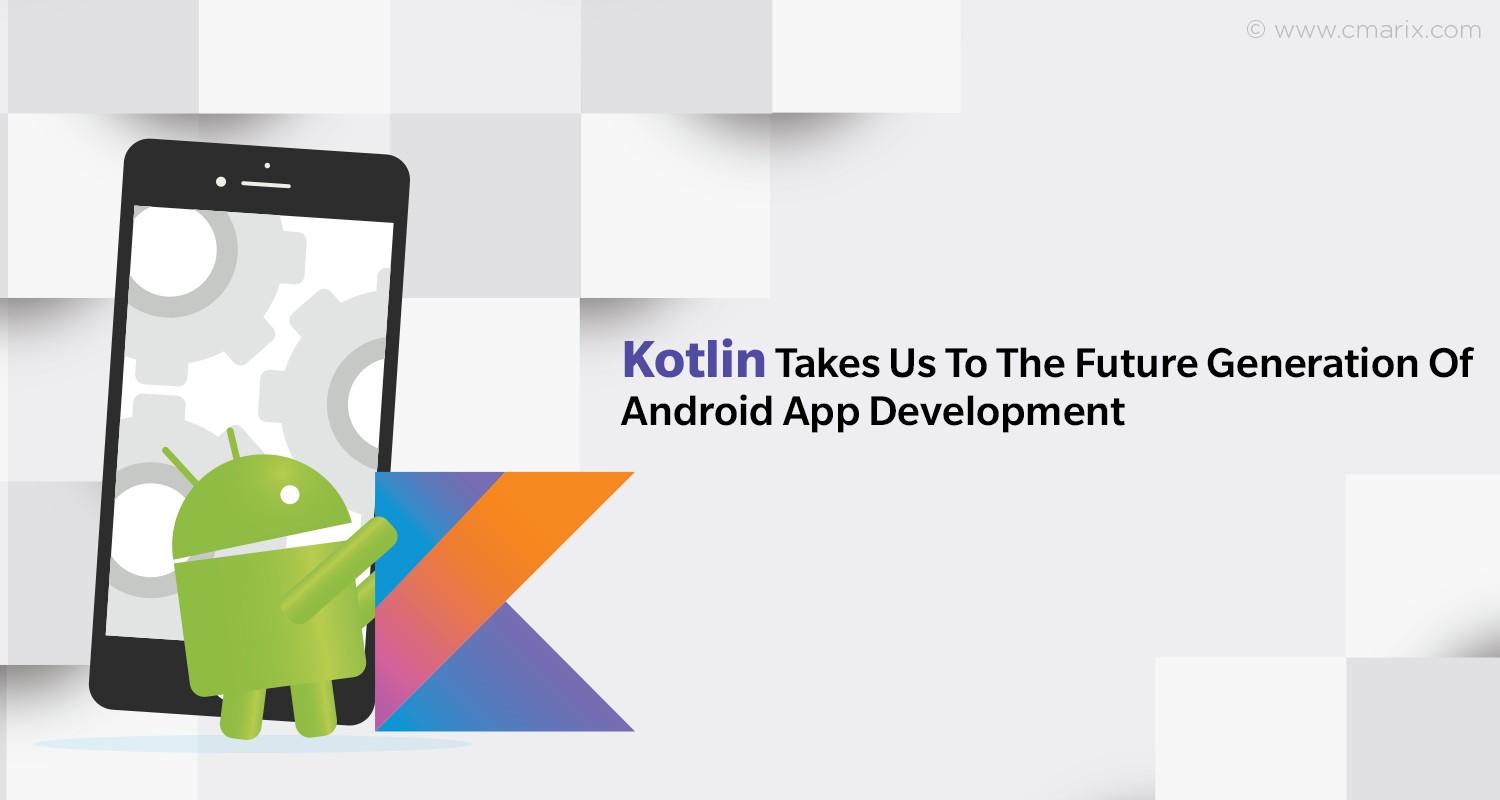 Kotlin, The Most Credible Alternative to Java for Android Mobile App Development

For Android app developers all over the world, Kotlin two years ago has arrived as one of the most credible alternatives to Java. Ever since Kotlin arrived in the scene, it was applauded by the developers as most effective and efficient language for all the typical concerns they need to deal with.

Within a span of few years, there were huge buzz regarding how Kotlin can actually be a far better alternative to traditional Java development. Well, finally Google approved Kotlin as their first choice. Besides exploring this latest development, here for mobile app development services and developers are going to explain key Kotlin advantages for Android developers, and the most important Kotlin features.

Kotlin is Now Declared as the First Language by Google

To this day, Java has been the dominant language for Android mobile app development. Finally, Kotlin appeared as the leading choice for building Android apps. This latest acknowledgement came in the Google I/O 2019 annual event.

“As per the recently published Google blog post, the Android development from now on will adopt Kotlin-first approach”

To realise this shift of focus to Kotlin the majority of the new Jetpack APIs and Android features first will be built with Kotlin. As the Android Jetpack is widely used by the developers to access ready to use components for building any app, this new Kotlin-first approach is likely to become a major paradigm shift for the Android ecosystem.

Apart from providing all new features and components in Kotlin, both JetBrains and Google are facilitating developer training to equip them with the Kotlin development skills. If you are still surprised about the move, the advantages of using a Kotlin will help you understand the rationale behind this.

How Kotlin Stands Out as a Choice for Android Apps?

Thanks to bytecode structure Kotlin is equally a fast-paced language as the Java. It has also been seen that the code consisting of the lambdas actually run faster than the Java code.

When it comes to compatibility, Kotlin doesn’t show any shortcoming compared to the Java. It is compatible for all previous Android devices and offers full support to the Android Studio.

Kotlin by offering a very compact language is a very low-footprint development language that can further be reduced in size by using ProGuard. The entire Kotlin runtime is not more than 100k in .apk file size. 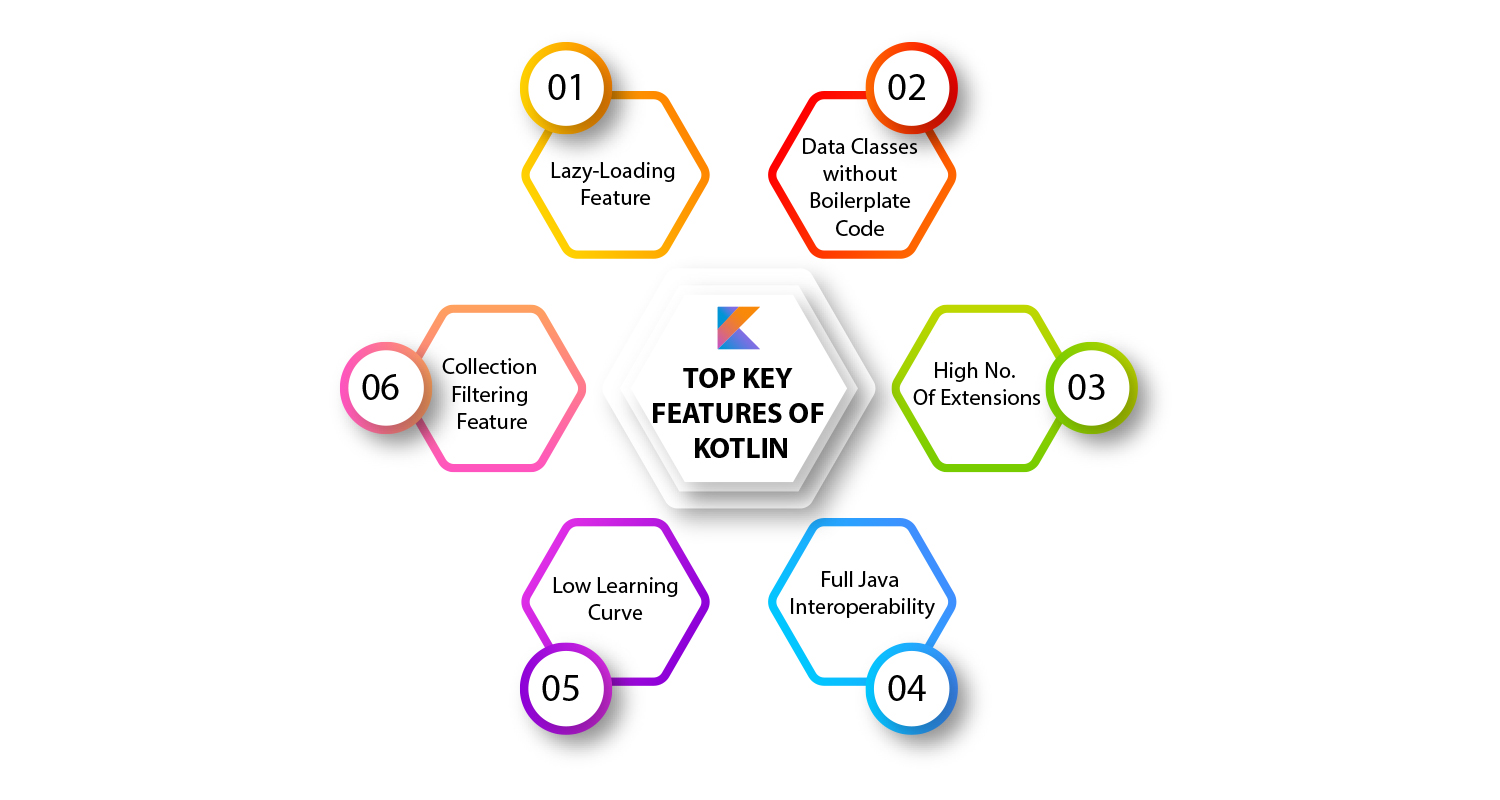 Kotlin has been unrolled by Google to offer a speedier, richer, performance-driven and lean programming language alternative to Java for building Android apps. Kotlin comes with a rich set of features, and a vast majority of them play a key role in the context of Android app development. Let us have a look at the key Kotlin features that every Android app developer should know.

Kotlin is a completely free and open-source programming language that can be installed and used by any Android developer. Besides, being open-source and free, Kotlin is also very much developer friendly and offers a very low learning curve. It comes with a single-click tool that allows developers to convert the existing Java code with ease. It is very likely that when you hire Android app developers switching to Kotlin will be a crucial criterion. Well, for them the good news is Kotlin is easy to learn and shares many similarities with Java.

A key Kotlin advantage is the inbuilt support for full interoperability with Java. As Android development scene has been dominated by Java right from the very beginning, for Java developers being able to switch between these two languages is crucial. This is where Kotlin by allowing the app to run on JVM and by supporting the Java libraries and tools makes it really easy for the Android developers.

Faster loading time is one of the most crucial requirements for the successful apps now. The startup time for an app as soon as any user lands on it, makes a crucial aspect of the onboarding experience. To reduce the startup time of an Android app, Kotlin offers lazy loading feature.

Thanks to the lazy-loading feature of Kotlin, the Android developers can give priority to the loading of contents required to cater as soon as a user lands on an app, while still loading the rest of the contents in the background. The rationale behind this technique is to deliver the contents of the initial page as soon as possible without making users wait for the entire app to load.

Any Java developer would agree that the language comes with a plethora of boilerplate code that developers need to skip and get to the actual use of the respective class. This is where the lean data classes of Kotlin come to aid. When using Kotlin, the Android developers can actually write the same code without all the unnecessary boilerplate code. This makes Kotlin more accessible and useful.

Kotlin also offers collection filtering feature that helps developers in dealing with the APIs. Because of this feature, it is always easier to have a total control of the list of things and their contents. This to a great extent, makes Kotlin comparable to other leading languages such as Swift.

Kotlin language came as the most significant value addition to the Android app development ecosystem. With a new range of developer-friendly features, a lot of development ease and great interoperability with the convention of Java development, Kotlin seems to have all the answers that Android developers were looking for in a language for building modern Android apps.