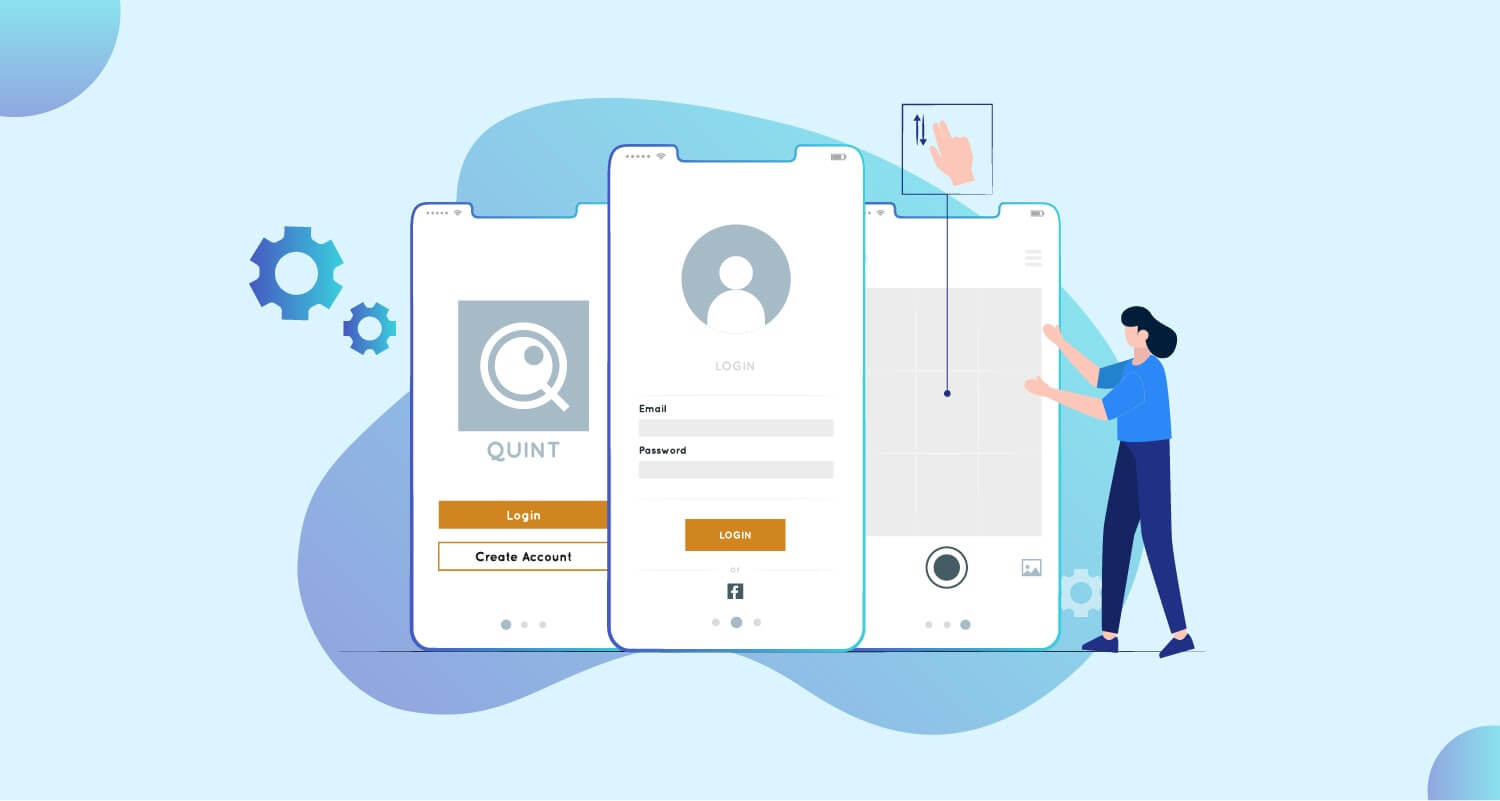 Since the last decade, Microsoft has created and designed the world’s most on-demand applications. Tools like Office, Outlook, and Teams encourage people all across the globe to offer excellent customer experiences. The newly invented Microsoft Development Services take us ahead towards a better and synchronized lifestyle. The gradual development in Office Fluent UI Design System has a great role in Software Development India.

The blog will talk about how you can implement Office Fluent UI Design system.

What is a Fluent UI Design System? 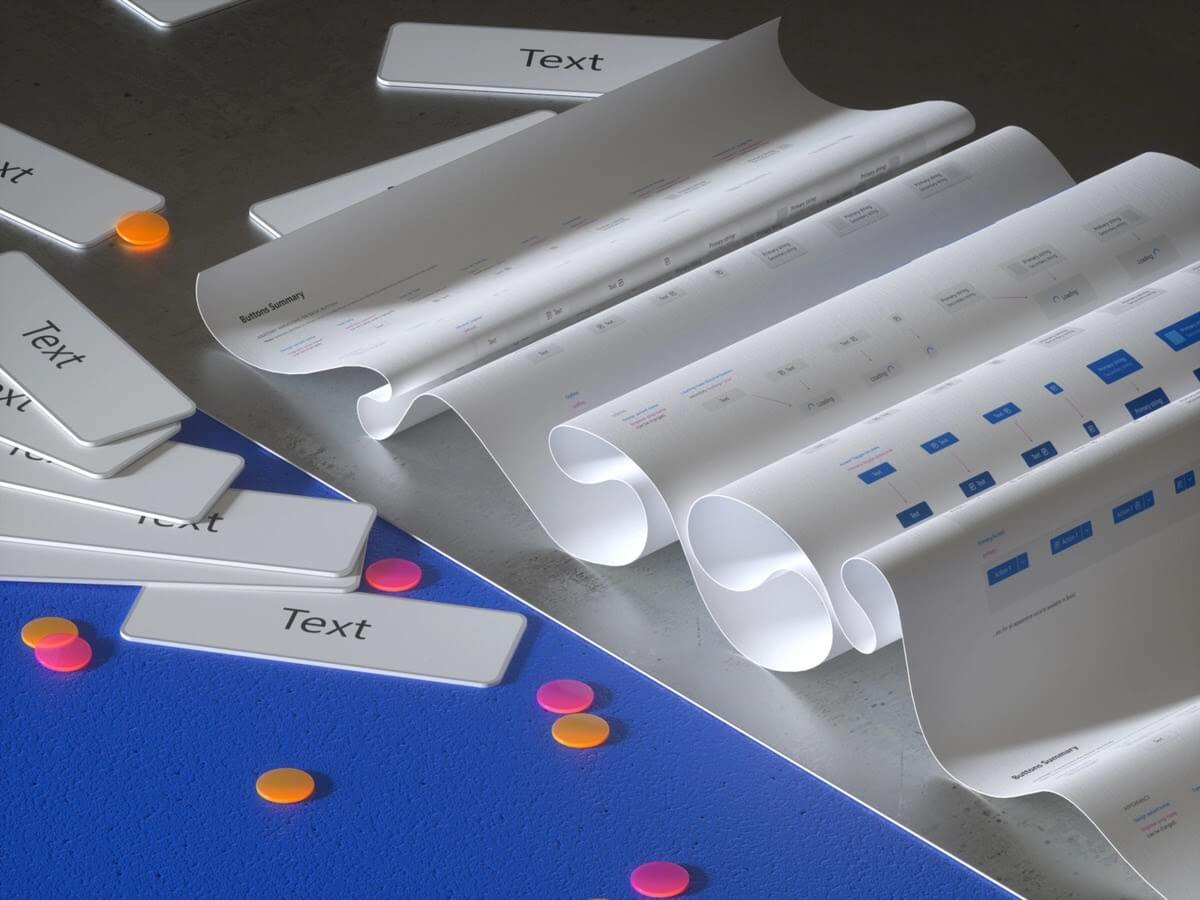 Microsoft introduced the design language of the Fluent Design System in 2017. Microsoft recently launched Fluent UI to unify the web and mobile UI libraries under one shade. Fluent is an open-source, hybrid design system, one of the Microsoft Development Services that allows the designers and developers to develop attractive and engaging product experiences, accessibility, and performance. Fluent Design System delivers an excellent User Experience across applications, platforms, and devices. Fluent UI (User interface), a collection of UX (User Experience) frameworks, guides the developers to deliver these experiences to the customers.

There is a devoted team that supports Fluent UI. The open-source platform of Microsoft Development Services helps to improve the Fluent Design System for everyone. This is how the developers cultivate and create great ideas across the company. The technological process is similar to natural biodiversity. The richest and most fertile soil results in a large number of living organisms connecting all into a booming environment.

The Microsoft developers are focused on how to craft and weave the experiences together. This year, the Dedicated Programmers aim to close the gap between code and design. The process begins with a design token system. Please read the blog carefully to know the main objective of using Fluent UI and how to implement it.

One of the most significant functions of Fluent UI is creating website and mobile applications to share code, design, and behaviour. The novel approach has taught the developers to work with discipline and deliver flawless natural experiences to the customer through their regular used devices.

We aim to simplify the developers’ ecosystem to enable all the partners to use and contribute to the frameworks to create their own experiences. Fluent UI React, Fluent UI Apple, and Fluent UI Android libraries boost the Microsoft 365 apps and Microsoft Development Services. The components feel more intuitive and coherent across the platforms. Fluent UI React Native Library has been newly added to the system. We head to create a hybrid component to make the path more accessible for the JavaScript developers to deliver experiences across devices.

The developers, who create Native Windows Experiences, get help from WinUI to develop a Fluent Design System.

Read more: Top Libraries That Android Developers Will Find Most Useful In 2021 We always believe that any software productivity must improve human creativity first. The main motto is to make the task more straightforward on the phone, tablet, desktop, laptop, and other large screens. The look remains consistent, and the user experience becomes more enjoyable. Fluent UI React Native was inaugurated at Build, allowing easier platform development.

The essential design elements bring clarity and structure to experience, so people can understand how to work on the product irrespective of their device. The Microsoft Logo, known app icons, identifiable app names, and myriads of different application brand colours influence users’ impressions on their first brand experiences. The specific UI components are available to make our apps feel distinctly fluent. The custom navigation bar bestows the mobile apps with a familiar, known touch.

We focus on the behaviour of each platform and the habits of our customers. The developers tend to use native patterns most of the time, with our energy on the custom components to upgrade the customer experience.

With growing time, the expectations of users grow on a gradual note from the developers. It is, indeed, disturbing when things work differently without any valid reason. Both the developers and the customers get frustrated. The Fluent Design System guides our company to offer more efficient and coherent experiences. When you learn about Microsoft 365 applications, you can get a good and innovative idea of how to navigate it. The same concept is applicable for platforms as well. It is all about how, when, and where you want. Often users begin with a task on one device and finish it from another. Thus, we have decided to deliver coherent experiences across the devices to decrease the customers’ cognitive burden. Our cloud-powered, multi-device techniques have enriched the user experiences.

Fluent helps the designers and developers to work together to invent top-class experiences to strengthen our customers. As The Verge says, “Fluent has taken Microsoft back to the basics of the design, with a much bigger focus on simplicity… Fluent focuses on subtle elements like light, depth, motion, and material.”

At present, Microsoft Development Services expand beyond websites and Windows, and iPhone platforms. All of these use disconnected theming approaches. The Fluent Design System applies to five platforms: web, Windows, Android, iOS, and macOS (recently added). Efficient developers and designers are needed to develop coherent experiences across the platforms and to upgrade automatic changes. We head towards modernizing our theming architecture to create a scalable and future-proof design system. Future themes make it easier and faster to update design values across the platforms with the use of common theming infrastructure, taxonomy, and a set of hybrid style libraries across the Microsoft frameworks.

Here comes the use of design tokens. Design token offers the visual attribute of a UI surface and link design to code with the help of standard syntax. Centralized libraries, accessible to both development and design tools, serve as the place to create updates without any revision of code components. Various ways have been explored to meet designers to disclose the power of tokens and lessen the complexity.

The Design-to-Code concept individualizes design from development to simplify the building process on multiple platforms. The developers can use tools like Figma, Sketch, or Adobe XD to export the tokens to various development environments.

All the good features pass from customer to customer. The developers can easily use the theming libraries in their created applications. Fluent has brought a great upheaval in the developers’ frameworks. If you search for a design that resembles a native look and feel, including the UX components used by thousands of developers and consumers every day, you should try Fluent once.

Fluent UI is now a new Microsoft Office UI Fabric. Instead, it is an evolving design of Microsoft 365. Currently, a few merge ups are going on in the process to create a consistent UI framework across the platforms. The developers must know that they begin a new journey with the Fluent UI. Fluent UI is not a ready-made framework. There are many ongoing changes in the current process.

Consistency is one of the developers’ goals, but they have not achieved complete consistency in the system to date. Fluent UI is not suitable for web development purposes. There have been some changes in the UI adjustments, like a round border on the button. But, overall, the structure is similar to the React JS framework only. The developers need to begin from scratch. More changes need to be done otherwise;, it will only remain a similar upgraded framework belonging to the React niche. Microsoft puts a lot of effort into Fluent UI not only in the developers’ community but also in the design segment.

First, the developers must open the Fluent Site to a sizable body of documentation. You have to select your platform and dive into the work process. Right now, the users see the evolution of the developers’ frameworks, with various inputs from the designers, developers, experts, and content writers. The areas for improvement are identified to deliver the customers better experiences. In the latest conferences conducted by Microsoft, you will get to know more about Fluent UI and the plans and programs. The online discussions are free most of the time and open to all. The users are welcome to the webinars, seminars, and conferences to know more about the future aspirations of Microsoft.

The blog has discussed the ways to implement Microsoft Office Fluent UI Design System. If you are willing to work on the framework, you need to do thorough research on the previous and future plans of the platform. For any further queries, you can contact our expert team of CMARIX, A benchmark company in Software Development India.