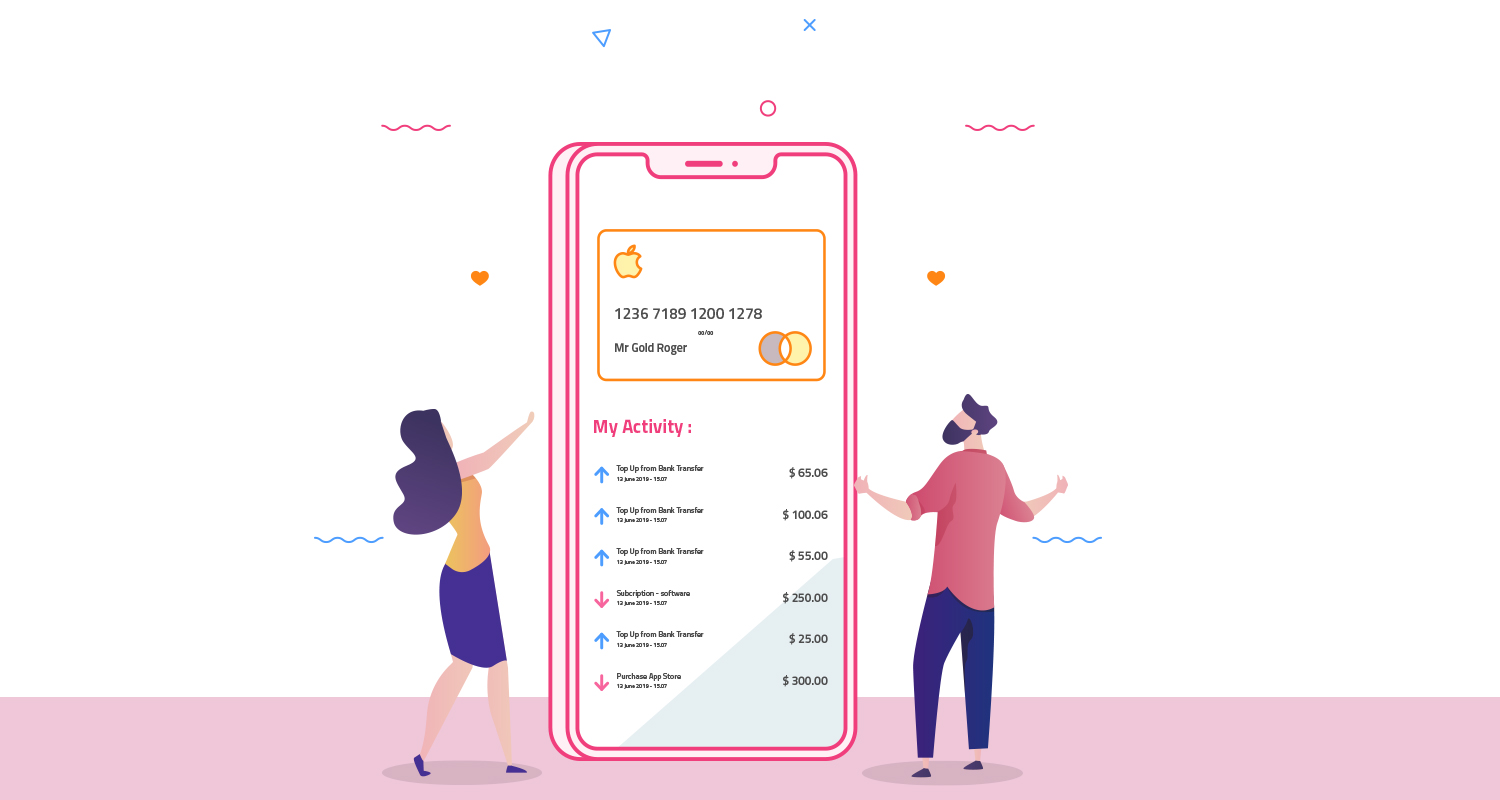 Apple has just unveiled its new credit card. With a gamut of valuable features, it is likely to take over most of the digital wallets and payment apps. After the introduction of Apple Pay, the recent move is likely to help the wallet revive importance and focus from Apple loyalists once again. Apple after announcing its own credit card in March this year, it came with a multitude of crucial enhancements that also go well with the latest iOS 13 features.

The only pulling factor is that the credit card has been launched only for a limited audience who have been invited through email by the brand. But Apple already promised to make it available to the wider audience anytime soon.

Unlike most of the digital payment solutions that could only be used by the iPhone Apple Credit Card this time will be available for multiple Apple devices including iPad, MacBook, and Apple Watch. Before you decide to hire iPhone app developers for your new app to take advantage of this new Apple Card, always keep in mind the world of possibilities this card offers for multiple iOS devices.

As for accessibility, the users can access the Apple Card under the section titled as the ‘Wallet and Apple Pay’ under Settings app for the iPad.  For the users of Apple Watch, the new Apple card will be available simply by pushing the side button twice. In the case of the MacBook users, they need to go to the System Preferences and choose the ‘Wallet & Apple Pay’ and thereafter click on the ‘+’ button. The only condition is, you need to generate a TouchID for using the Allow Payments feature.

The new Apple Card offers an exceptionally simple, smooth and frictionless way to make payment with your digital or mobile wallet. You can easily link your bank account, debit and credit cards, your crucial documents like driving licenses do there with the app. The information and details of these cards and documents will be saved to help you make transactions smoothly and without hassle. Thanks to Apple Credit card you can make transactions and transfer money all over the globe without much effort and no waiting time.

While the user interface (UI) is crucial for boosting engagement for a mobile app. This is precisely why ease of use and visual appeal play a crucial role in any app. As far as the engaging quality of the Apple Card is considered, it smooth and easy interface that quickly grabs user attention.

The Apple Pay card by pulling out the required data from the Apple ID of the user makes the sign-up process speedier and smooth. Thanks to this connected sign-up process the entire cumbersome and lengthy process of signing up can be done away with. Most importantly, Apple Credit Card remaining confined to a few important questions will help to do away the pain of lengthy sign-up.

A Variety of Credit Limits

The new Apple Credit Card, unlike most other digital credit cards, doesn’t offer a fixed credit limit for all the users. In the case of the Apple Card, the limit varies from one card to another based on the credit score of the people. This will obviously help someone with a better score enjoy more room as far as the credit limit is concerned.

A higher than industry standard interest rate is a key pull factor of the new Apple Card. It has already announced an APR (Annual Percentage Rate) of 12.99% to 23.99% based on the credit score of the users. Though this will make Apple Card accessible to users with low credit score, for most users keeping an eye on spending or money this is clearly a negative aspect. Apple though has already promised that it would consider changing the rates once the platform gets going smoothly.

While Apple Pay was used for all kinds of mobile payment needs, Apple Credit Card can now be used for non-Apple payments and transactions as well. Having a partnership with Mastercard and Goldman Sachs, the card is destined to be made available in physical format as well.

Thanks to the power of cloud technology, the transactions are now possible with enhanced security and pace. Thanks to the cloud support, the users by using this digital card can actually turn their smartphones into a fully operative digital wallet. For example, when purchasing something from retail outlets by simply tapping on the Point of Sale (POS) interface the intended smartphone device can be connected and payment can be processed through this card.

Like all leading e-wallet apps, the new Apple Credit Card is also coming equipped with the GPS Tracker & navigation feature. This will help to find nearby people and after authentication, payment can be processed simply by tapping on the user name. This will reduce the time and friction in the payment processing and will make it easier than ever before to make transactions.

Wearable devices no longer just include the fitness trackers, smartwatches and jewellery for making regular wearable apps available for the users. Even the payment apps and digital wallets have emerged as the latest wearable friendly technology for easier payment processing and transactions. Apple Card as the latest and most well-equipped new entrant has just confirmed this new trend.  With the Apple Watch at present and probably with other wearable devices in the future, the new Apple Card will be available for making transactions and processing payment.

This is something we have already seen in the case of Apple Pay. Any new credit card launch or integration will be followed by a quick notification to the linked devices. This will strengthen the security as behind the notice of the user fraudulent activities concerning transactions can be prevented in this way. Apple Card offers the same feature of instant notification for sending alerts regarding transactions and payment.

The new Apple Credit Card offers a whole host of valuable features that make payment processing and transaction even more of a fun activity. The features will give Apple users a lot of flexibility in respect of making payments through mobile devices.