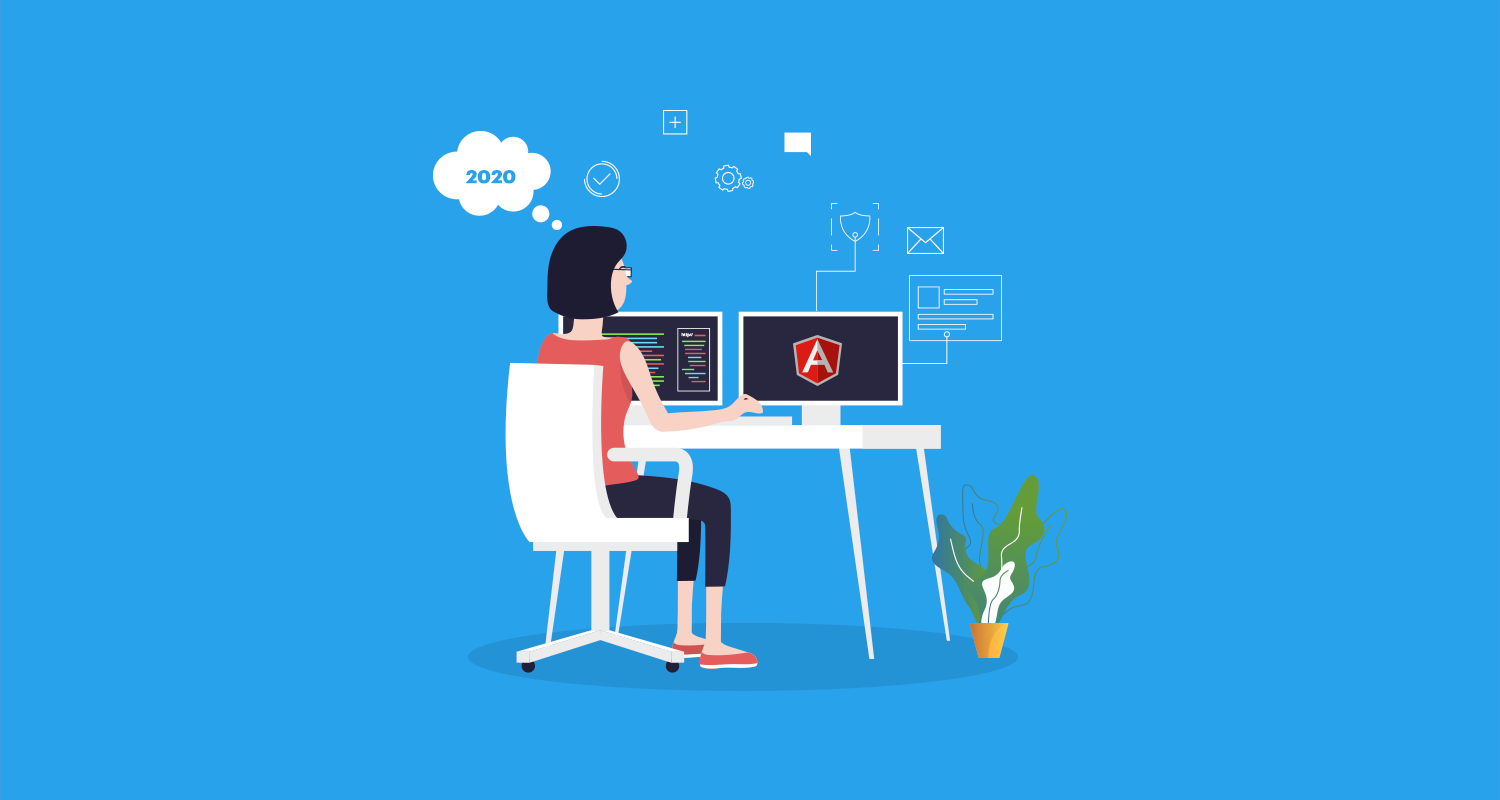 It is almost impossible for any app developer not to have known about Angular as it stands as the leading development framework for a variety of web development projects. Angular Development Company is always after the best practices and tools to utilize the framework for garnering optimum output.

Angular is a fully equipped MVVC framework that is primarily known for building Single-page Web Applications (or SPAs) with HTML and TypeScript. Angular written in TypeScript allows implementing a lot of libraries with ease. Being a highly opinionated framework Angular developers need to follow certain programming rules and styles. This is why Angular developers need to have a solid command of the various components of Angular language.

For the beginners, it is really confusing when they face a variety of Angular versions ranging from AngularJS, Angular 2, Angular 4, Angular 5, Angular 6, Angular 7 and latest Angular 8. Just because Angular went through an evolution spanning across multiple versions, the confusion even gets bigger. Actually, there are two different frameworks, respectively AngularJS and Angular.

AngularJS is the first JavaScript web development framework launched in 2010 and since then maintained by Google. In September 2016, the whole framework was completely rewritten and was launched as Angular 2 by using TypeScript language. Since modern browsers don’t understand typescript language, this requires transportation with a third-party tool.

The question is why use Angular at all if it involves the additional difficulties of transpiring the typescript code for the modern browsers? Well, this is primarily because typescript as a language offers an array of advantages over JavaScript. Typescript allows developers to highlight syntax, use data types, code completion and a variety of features for faster and efficient coding. Moreover, being an object-oriented programming language Typescript also helps developers with a lot of modern features such as objects, inheritance, classes, etc.

Now, let us explain some of the best practices for Angular app development. Before you hire Angular developer, make sure they are versed in these development practices.

For state management, you need to create a store module. By creating a store module for globalized states you can make it available in all states. At the same time create a feature store module in the folder of the particular page component to help maintain states further.

To boost productivity developers should also use the lazy load feature for the modules.  This built-in Angular feature will allow developers to load which is required.

CDK Virtual Scroll found right inside the Angular Material Package can help developers boosting the app performance by maintaining the larger file in the browser. Making use of this is recommended.

When it comes to coding, follow the standard Angular coding guideline to ensure clean code and optimum performance. Here are the Angular coding rules one has to follow.

Use the Angular CLI

Angular CLI is regarded to be a very useful element to ensure optimum accessibility. It helps to build an active app by following all the standard best practices. This command-line interface tool helps with initializing, scaffolding, developing, maintaining, testing and debugging Angular apps. The tool can also be used straight inside a command shell as well.

Thanks to Angular CLI you don’t need to create manual files. Instead, the CLI helps to create all helpful components, modules, services, directives, pipes and also classes. It is also capable to generate needed files and folder besides updating the modules.

Angular developers can boost their productivity and ensure faster project completion by creating reusable components. In case you need to use a UI component in various places of an app, make a component for this and use the component wherever needed.

This will make the development process faster and easier. This will also help developers updating changes as they just need to change the component and instantly the change will be reflected in all UI areas where the component has been used.

All the Angular development best practices we mentioned so far have been tested, tried and proven to be effective. It is expected that more Angular developers will embrace these practices for their app projects in 2020 and beyond.