BLOG
What Makes Unity A Smart Choice For Game Development? 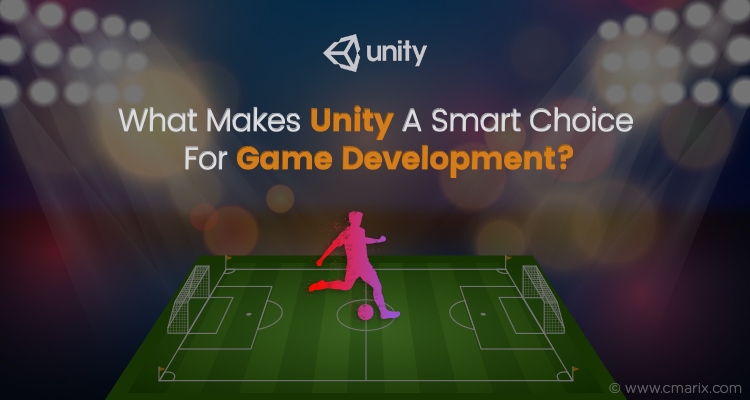 What Makes Unity A Smart Choice For Game Development?

Gaming has turned as the most prevailing activities nowadays. The gaming industry is growing constantly with the bliss of the latest technology. Games are considered the best medium of entertainment and have turned a source of income as well. Opportunities for the game developers have increased with the growing demand for games. The game development process is quite complicated and vast. Developers utilize different platform and software for game development. If one wants to get out an interactive game out that is captivating and impressive in itself, Unity 3D is an excellent gaming platform that is evident with the number of gaming apps being churned out worldwide on a daily basis.

Unity 3D is a game engine and integrated development environment (IDE) for creating interactive media. It used to build games and the technology that executes the graphics, audio, interactions, and networking. It is famous for its fast prototyping capabilities and a large number of publishing targets. With 600 million gamers worldwide, Unity is by far the most popular game engine. According to the AAA studios, Unity 3D dominates the global game engine market and become the number one choice for game developers.

Getting your game on multiple platforms is vital nowadays Fortunately, Unity has always been big on developing for any platform and the selection is always increasing. As of now, you can build for iOS, Android or consoles. With a click of some buttons, you could have multiple versions of your game available to be published on various online stores like Play store or app store. Furthermore, you’ll also find support for the Oculus Rift and more. Chances are, if you can build games or software for a specific platform, Unity can build do it too with less hassle.

The Unity Asset Store provides everything that you need for your game such as 3d models, animations, audio or shaders without letting you get stuck while making characters, buildings, backdrops and so forth. The huge selection not only makes it easy to buy assets to get your dream game off the ground, but you can also sell your own assets and earn more money.

Unity is free to use and download in its “Personal” edition. But that is not over here: you can create a full Unity game and sell it without spending a dime on software. It includes a free version and also a Pro version with several features included in both instalment choices. One can opt for the free version so that one can have major gaming feature highlights.

When it comes to authenticity, Unity’s new tools are the top in the industry. The latest physically based rendering is the industry standard for shaders. It also allows you to create beautiful texture-based models easily. You can use them with Unity’s global illumination and real-time compositing to create incredible real-time graphics.

Another good reason for you to use Unity 3D is its built-in analytics which you can find easily in the editor. With Unity Analytics, you can discover indispensable insights about your game. It gives you information that can be used to tweak gameplay and offer an awesome experience for the players. To squeeze the most out of the monetization efforts you invest in your game, Unity Analytics is vital.

Unity 3D is one of the leading extensive platforms for developing games in the world. Unity supports a huge number of platforms and has a powerful tool for the development of 2D and 3D game applications. It offers revolutionary solutions with features of interactive media installation as well as a stunning architectural visualization that is suitable for the cross-platform environment. For its simple interface and friendly development environment as well as cross-platform support, Unity 3D has vast popularity in the game development industry across the world.