Software testing is an integral part of software development that focuses on tracking, verifying, and validating the various qualitative considerations and requirements for a software product. Any accomplished Software Development Company India ensures to provide great software products to their customers and this is why it is important to check the product features and functionalities as well as user experience attributes before the market launch.

But when do you choose automated testing over manual testing or vice versa, largely depends upon different scenarios.

What Exactly is Manual Testing?

Manual Testing refers to the manual process of testing software. To speak more specifically, it is the testing process involving human resources. Naturally, the testing skills, knowledge, and expertise about testing technologies and testing experience prove vital for the Manual Testing.

What Exactly is Automation Testing?

Using automation tools for test execution is widely known as Automation Testing. It is the kind of testing involving testing applications scripted by professional programmers experienced in coding tests for different software products.

As for examples of automation testing tools, we have a multitude of them such as Selenium, QTP, UFT, and several others.

How to Choose Between Manual Testing and Automated Testing?

Now that we have come to know what is manual testing and what is automation testing, we would explain making a choice between the two. Businesses have a plethora of test scenarios for software products and according to these scenarios, one needs to choose between manual and automated testing. Here we are going to explain some of these scenarios.

In case of sensitive projects such as banking and financial software involving transaction data of too many people, automation testing is preferred to safeguard the data from manual access.

In case the budget of a software project is not enough, then it is better to opt for manual testing as it is less expensive compared to manual testing. In the case of enough budget allocation, automation testing is a better option.

Automation testing on the other hand can be more appropriate for scenarios where capable human resources are scarce. 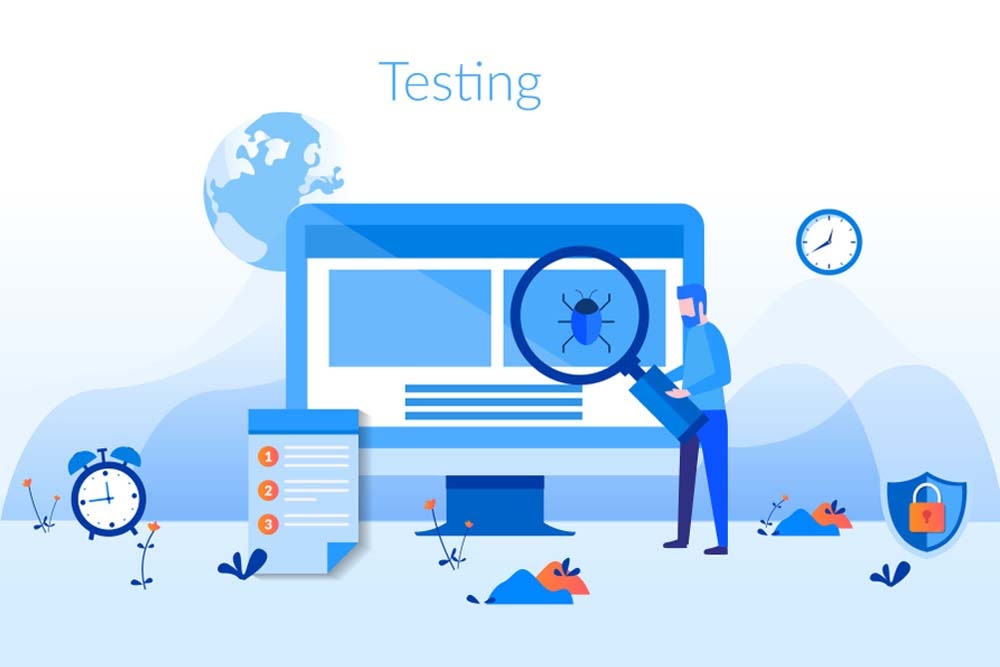 In all those testing scenarios where testing needs to be carried out too frequently or regularly, automation testing is an appropriate option. In the case of projects where only once the testing of the product is done, manual testing is more suitable.

In case you need to check the app displays randomly, manual testing is a better choice. In case of fulfilling the testing needs by covering all areas exhaustively, you may need to use highly capable automation testing tools.

For simple A/B testing of images and fonts, you don’t have any option but to rely on manual testing professionals.

When the testing time is limited and you don’t have enough time allocated for the testing phase, automation testing remains the ideal choice.

Since automation testing tools perform mostly like robots depending upon the test scripts and involving no human judgment, they are often not effective in finding out actual user issues with a software product.

For certain software projects, manual testing is the ideal option. For example, in apps involving testing the Touch interface manual testing by humans are necessary to validate the output.

Selecting the type of testing also depends upon the testing methodology. In all projects where development scenarios and corresponding requirements change quickly, manual testing is a better choice than automation testing.

For checking the app Installation and setup, manual testing is best as such aspects are human-driven.

How software handles errors, unwanted crashes, and disasters and how it ensures recovery, are best tested through the manual testing procedures. Detecting problems with such aspects require creating different user scenarios such as server powering off, crashing of hard disk, etc, and hence manual testing is required.

Automation testing is more suitable to test the load capacity, volume, stress, and other capacities. Bots simply by enhancing load, volume, and stress on the program can test capacity.

When it comes to GUI testing or more specifically user interface testing, automation testing is a far better choice. The automation testing tools can be highly capable of recording user actions and using them a number of times in different scenarios.

Types of Testing Where Both Manual and Automation Testing are Effective

As of now, it must have been clear that both manual and automation testing are highly effective in different scenarios. But in certain scenarios, both types of testing are effective. If you are asking which testing method is more beneficial, there is actually none and it entirely depends upon the specific development scenarios. Here we mention some of these scenarios where both types of testing can be carried out.

Both Manual and Automation Testing have their respective pros and cons and making a choice between the two largely depends upon the specific project requirements, development time, and the software budget.