BLOG
How .Net 5 Present the Future of .Net Technology for the Developers? 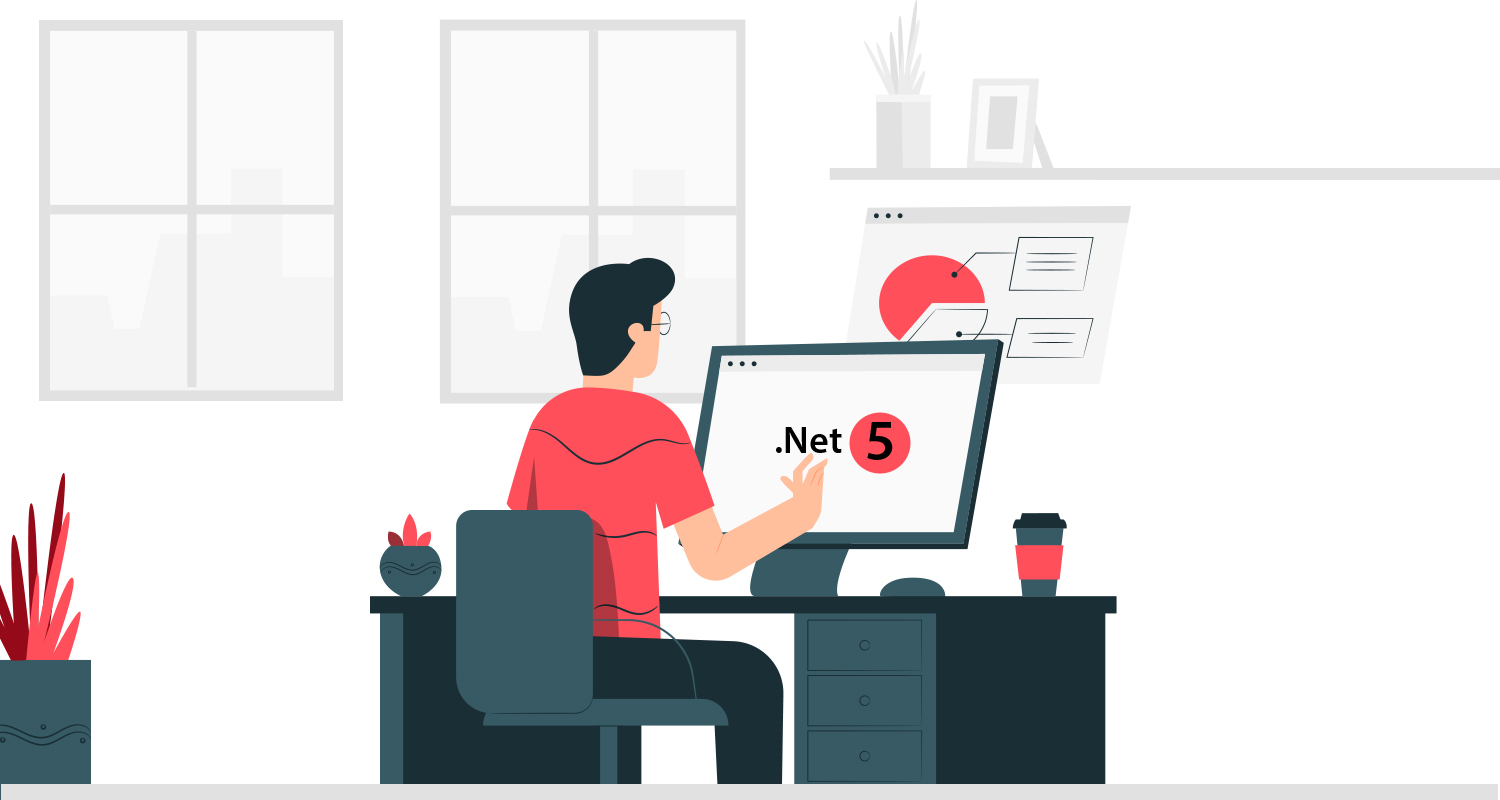 How .Net 5 Present the Future of .Net Technology for the Developers?

In recent times the .Net strategy of Microsoft has been the subject of a lot of buzz from the tech community all-around simply because of some groundbreaking efforts to bring together .Net Framework and .Net Core technologies. The .Net 5 has emerged as the single .Net version bringing the potential of both Asp.Net Development Companies. The best thing about this approach is that developers can unleash their .Net apps across all platforms including mobile, windows desktop to the web. We will ship .NET Core 3.0 this September, .NET 5 in November 2020, and then we intend to ship a major version of .NET once a year, every November:

Introducing .Net 5, The Future Of .Net

Many developers consider .Net 5 represents the future of .Net technology by bringing together the advantages of .Net Framework and .Net Core. Microsoft for years worked on this goal of providing a consolidated .Net platform to bring the benefits of different .Net versions together. Naturally, we can expect this version to make the earlier .Net versions a little obsolete. Microsoft is even bringing together a variety of .Net compilers together that again presents both the JIT (Just In Time) model of .Net Core and the Ahead-of-Time compilation model of Mono. 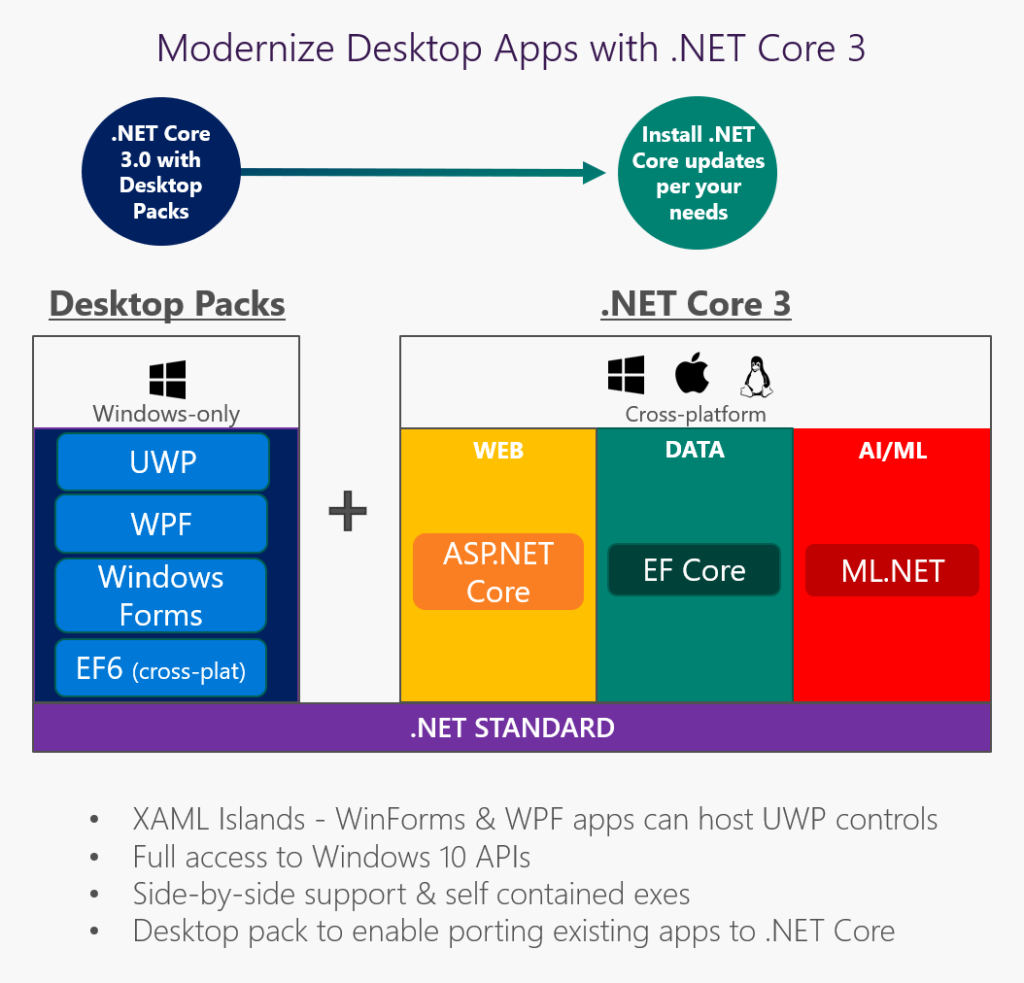 According to many developers, .NET 5 basically represents the gradual progress from the .NET Core. This is why it is important to understand the progress from .Net Core to .Net 5 in a systematic way by taking into consideration various aspects.

The project that carried out the development of .Net 5 from .Net core involves the following measures and steps.

The best thing about this Microsoft project of bringing together different .Net technologies is that, in spite of using new and more powerful technology, all the project files will have the similar look and feel irrespective of the app development project you are engaged with.

Another important aspect of the new project that Microsoft development services will be delighted with is that the developers will not miss all the features and value they were acquainted with while using .Net Core. All the lovable and elementary .Net features will still be there with the new .Net 5. Some of the still-present .Net Core features that will be packed with the .Net 5 include the following.

Let us have a quick look at the key features that will be new to the .Net 5.

Key Benefits of .Net 5 for the .Net Projects

Now that you have understood about the basic objectives behind .Net 5 project and the key-value additions over and above the existing .Net Core technology, it is time to have a look at the key advantages of .Net 5 for the developers.

When it comes to faster and efficient development, enterprise projects univocally prefer .Net language simply because of the built-in capabilities that suit a variety of app development projects. .Net from the very start basically relies upon a compiler that became the industry standard over the years. The just-in-time compiler (JIT) has been a key strength of .Net that helps translating Intermediate Language (IL) code to Machine-understandable code. The runtime built by Microsoft for the .Net language has been the industry-leading one for years particularly because of the speed and efficiency it ensured across development projects.

The best thing about JIT compiler and runtime environment is that it is suitable for both cloud servers and client-side scenarios. The capability of JIT in generating code for specific machine-level configuration involving the CPU instructions is a key aspect that made .Net so popular among developers. With .Net 5 we tried to optimize the same runtime environment with extended capabilities.

The new .Net 5 also offers benefits like faster startup time and optimum memory usage. In this respect, we need to understand how the Mono Project with Ahead-of-Time (AOT) compiler protocol really helps in bringing .Net code within a single executable codebase that much in the fashion of C++ code can run on a machine. The AOT compilation is a key strength of the .Net and .Net 5 apps with an array of benefits like the efficient running in small places with a low footprint.

With .Net 5 you also have the optimum flexibility in respect of using any of the compilation protocols. You can use solutions running with 100% AOT compilation with a majority of the code compiled following AOT protocol and at the same time for certain code patterns that are not optimized to AOT the developers can use a JIT (Just In Time) protocol or an interpreter.

From all the above-mentioned advantages and specific attributes it is quite clear that the future of .Net stands almost inseparable from the .Net 5 as the later is all set to revamp the app experience in a multitude of ways with an array of crucial value additions.