BLOG
Full-Stack vs Specialized Developers: How to Make The Right Choice? 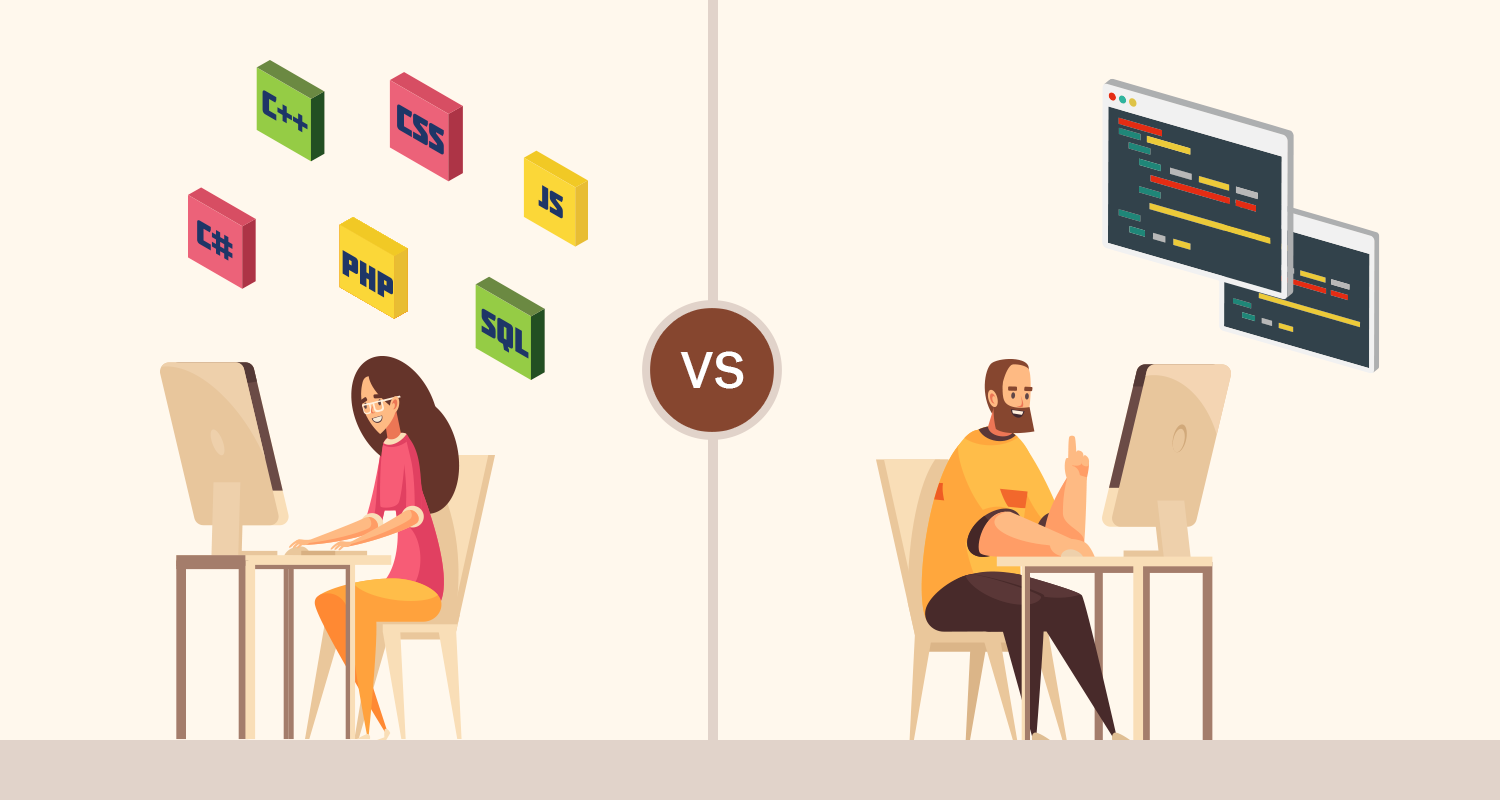 Full-Stack vs Specialized Developers: How to Make The Right Choice?

For any app development company, the question of choosing developers with multiple skills remains a top priority. Developers having skills and expertise in a variety of programming languages are always sought after. Having a developer team with multifaceted talents is always helpful as they are capable of handling multiple tasks and can be relegated to different projects.

What is a Full-Stack Developer? 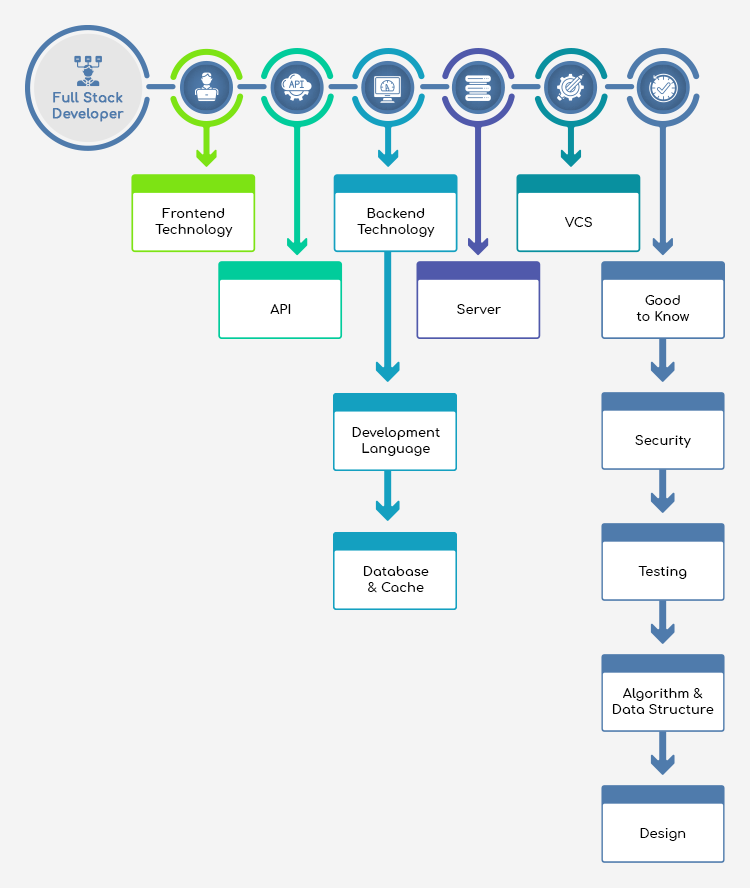 A full-stack developer is a developer having skills for both backend and frontend web and mobile app development. Companies also tend to hire full stack developers as they can work in user-focused web development projects and can use their skills and expertise with both front-end and back-end languages.

A full-stack developer is skilled and experienced in different languages and programming skills like the below mentioned.

What is a Specialist Developer? 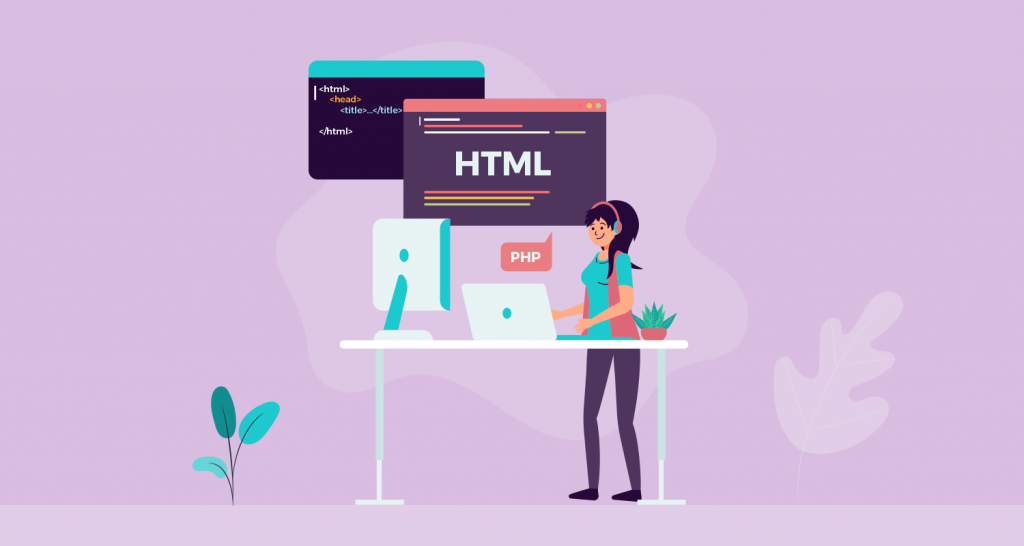 As suggested by the name, a specialist developer has expertise in a specific discipline and skill and his entire capability and output revolve around that discipline alone. For example, a developer having been specialized in database design will only be required in that capacity. Similarly, a developer with UI/UX design skills will only work for UI/ UX design. In spite of having specific skills and expertise a specialist developer often has a comprehensive idea about the whole app project.

The Pros and Cons of Full-Stack Developer

Just because a full stack developer remains well-versed for all stages of the software development project and various skills including frontend, backend, QA testing, code architecture, UI/UX design and others, they offer the talent pool to be utilized for diverse tasks.

Thanks to the command over multiple skills and languages, full-stack developers can help to do without the multiple specialized developers. This helps lowering the cost of development for app projects.

Since full-stack developers come well versed with server-side and client-side programming skills, development companies can easily help a developer to switch between skills.

If a project relies on just one or two full-stack developers for an entire project, the unresolved tasks can pile up and this actually can harm productivity and cause bad time management.

Just because full-stack developers work in different fields and with various skills, it becomes really challenging for them to keep up with the latest development trends, tools, and technologies.

With a full-stack development team, developers take too much workload and they often just forget to split their workload into smaller tasks. This often creates confusion about the responsibility of any particular app part or project.

Pros and Cons of Specialist Developers

When you hire a specialist for each area of a mobile app development services project, you ensure optimum quality for every part and the entire app together. Just because the specialized developers remain well versed and thoroughly skilled in their area of expertise, a superior output from the developers can be ensured.

Just because the specialized developers dawn a specialized area of expertise, they can easily remain updated and informed about the latest trends and technologies.

As you already know the specialized skill set of each group of developers, allocating responsibilities and tasks to each developer based on his or her strength becomes easier. This also helps in splitting the entire project into small tasks allocated to specialist developers.

Since specialized developers most of the time do not have any idea about the various skills and technologies apart from their own area of expertise, they need to remain dependent on developers of other skill areas or other team members. This actually slows down a project apart from creating more complexities for the project.

Finally, before we conclude, let us spare a few words in the ideal projects for both types of developers. The choice of full-stack or specialist developers largely depends upon the project budget and project size. For example, for any startup with a small project hiring full-stack developers can be more ideal. This is because for small budget projects full-stack development helps by doing more with less resources.