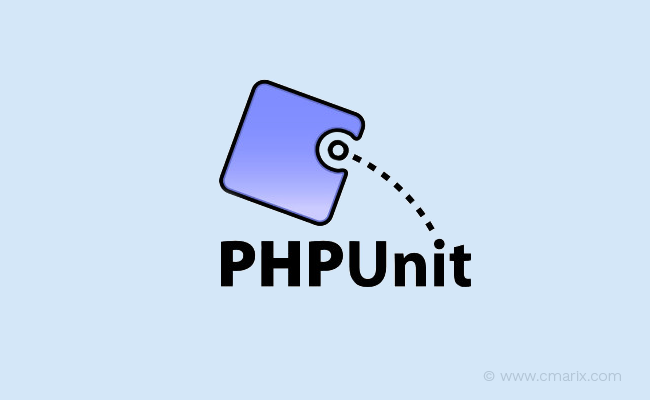 Life of developers: you’ve been creating an application, progressing with the development  and than there are some bugs which comes into the picture. You fix one bug and another appears. Sometimes, it’s the same one you found few minutes ago, and sometimes it’s new. For most developers, debugging means either clicking around on the website or putting in an entire load of debugging statements to hunt the issue.

You’ve been there, right? You’ve had been facing the same scenario with different application development, you might have set back and hoping that there must be a better solution for this? Yes, there is a solution that can help you shorten this monotonous task. PHPUnit testing, it won’t just save you a lot of headache during development, but it can result in more maintainable code with better performance, allowing you to make changes without hesitation  and fewer security issues.

PHPUnit is a programmer-oriented testing framework created by Sebastian Bergmann. It is an instance of the xUnit design for unit testing frameworks. It is an outstanding testing framework for writing Unit Tests for PHP web applications. Unit tests take small portions of code which are known as units and test them one by one. It can be utilized via the command line, and it gives a helpful TestCase class that you can extend according to your needs. PHPUnit additionally allows developers to utilize pre-written declaration techniques to assert that the application behaves a specific way.

A good recommendation is to build up a beneficial testing work process in which you have to write your own particular testing code that checks if the application code works appropriately. The trick is that the testing code should be written before the application code. This way you can assure from the very beginning that the code you write works legitimately. The testing code will go into separate files. If you later come across any errors in your PHP web application, you don’t have to do anything, simply run your tests that ideally will give you appropriate insights about the bugs.

These are what you add to your tests to ‘assert’ that something is valid, for example, an AssertFileExists would be used to check that a specified file exists what is expected. As a best practice, you would have one assertion for each test though there’s nothing to stop you having a few.

If the unit of code you’re testing has a relied upon another object, you could use a ‘stub’ as a ‘test double’ to replace the original component. This allows you to focus on only testing of that one unit of code.  You can configure stub techniques to return custom qualities.

It is also used as a ‘test double’ similar like Stub, but to check that the test double object has received requests from the subject code as per defined expectations.

An annotation is a unique type of syntactic metadata that can be added to the source code in PHP. It is used for annotating source code. For an instance @after annotation can be used to specify methods that should be called after each test method in a test case class.

With the help of PHPUnit testing, you can find issues early in the development cycle. This includes both bugs and missing parts of the specification for the unit. As you’ll write and run tests alongside development, issues will be picked up as soon as they occur, instead of being found at the end of the development process.  The backtracking of the issues may be costly if found towards the end.

We all know that changing code conveys a hazard. Will the new code work the same way as the old one? PHPUnit testing permits the programmer to refactor code or upgrade framework libraries at a later date, and ensure the module still works effectively. The methodology is to write test cases for all functions and methods so that at whatever point a change causes a fault, it can be immediately identified.

PHPUnit testing may reduce uncertainty in the units themselves and can be utilized as a part of a bottom-up testing approach. By testing the elements of a program first and then testing its subparts, integration testing becomes much easier.

At the point when programming is developed using a test-driven approach, the combination of writing the PHPUnit test to determine the interface in addition to the refactoring activities performed after the test is passing, may replace formal design. Each unit test can be viewed as a design element specifying classes, methods, and perceptible behavior. When you include Mock Objects this can drive the design of multiple classes and their interactions with each other. It will enhance design because testable classes should essentially be more adaptable and decoupled.

If you’ve written your tests to cover every single required features and functionality of classes, and all are passing, then it’s reasonably safe to accept that you’ve completed the code successfully. If some time later, there might arise a need to add new feature to the application, in this scenario with agile practices the tests can not only drive design but also capture functional prerequisites.

As per the saying “The only way to go fast is to go well” testing is inevitable aspect of effective application development. You can create something truly rapidly but without testing the technical depth, it might create drawbacks and each change to overcome these drawbacks will be very costly. PHPUnit frameworks empower you to write higher quality PHP code and empower you to develop PHP web applications.