A Complete Guide for Businesses to Use DevOps for Driving Innovation

For some years, software developers, IT firms and operation heads are all abuzz about DevOps, the most promising platform to bring together developers and operational experts in IT companies for more productive output and efficient work process. Many software development company India simultaneously turned into DevOps development company as well thanks to the huge promise this platform offered to all stakeholders of the tech community.

Question that continues to keep pounding at the back of the mind of any startup owner is that, what promise this platform stores for us? Do we at all need to focus on making a DevOps presence at this stage when we are just a budding startup? To give legitimate answers to these concerns we need to know about DevOps from the very basics.

DevOps refers to nothing but a platform or a cluster of collaborative IT practices to bring together various processes of software development companies in order to work on a development project. The objective of bringing g together developers and operations to work hand in hand on the same project is to boost efficiency, minimise overlapping errors because of lack of communication and understanding with the operations and optimise the performance of the software product. DevOps following agile development methodology shortens the development cycle by concurrently carrying several tasks through a collaborative team effort.

The Reasons for Startups to Embrace a DevOps Strategy

The present-day economy in which a business operates in is characteristically a software-run economy where efficient, friction-less, proactive and responsive business operation holds the key to success. The sophisticated software applications became the key differentiating factor between traditional businesses and modern data-driven businesses. Faster processing of data, data-driven analytics, real time accessibility of data and processes across different locations and hyperlocal consumer reach make modern businesses different from erstwhile business ventures. Companies that cannot fulfill these evolving demands fall behind in competition.

Before DevOps application development became a reality, developers needed to gather the business requirements for a software development program. This used to be followed by QA testing done in a separate testing environment. Only when by testing it is found that the requirements are fulfilled the written code were released for the deployment by the operations team. The team responsible for deployment were segmented into separate groups for tasks such as networking and database. This is how the entire team used to be separated into different teams without any direct collaboration. This traditional approach comes with the following issues.

DevOps as a software development approach and practice came to address all these shortcomings in a proper way. By allowing cross-functional teams to work in collaboration DevOps boosts perfection through concurrent testing and reduces friction by bringing all parts together behind the common goal of the project. This is why collaborative development approach of DevOps became so popular.

What Is the Goal of DevOps?

What Are the Phases of DevOps Maturity?

DevOps as a set of development practice typically goes through different phases. Now, let us explain each of these phases one by one.

Before the integration takes place, basically the development teams engage in writing code for three or four months followed by merging of these codes for the same if releasing them. As the codes from separate teams are different and come with an array of changes between them. For mitigating these changes integration process can take even months. This approach widely referred as Waterfall Development methodology is very time-consuming and unproductive in nature.

This is basically a key agile development practice that over time became part of DevOps development practices. The principal objective of picking up this practice by DevOps is to take advantage of prompt code integration through automation and gain the edged-out efficiency and productivity benefits. From the context of the DevOps, continuous integration requires evaluating the code, compiling the code into usable binary code and running the testing for validation.

The development teams who make use of Continuous Delivery approach don’t deploy the codes that remain untested. Actually the teams use automation testing to evaluate the recently created code before they are pushed to the production stage. By releasing the code only to a small group of users and by utilising an automated feedback loop for evaluation of the usage and output, the developers can decide whether the code needs to be pushed to development stage. As of now, only a very small number of leading businesses practice continuous deployment approach that includes Etsy, Google, Pinterest, Netflix, Amazon, Flicker, etc.

As we have already explained, the DevOps development approach is basically about incorporating changes frequently and incrementally as and when required. DevOps engineers mostly update the existing code of use tool to create a piece of useful code for the project in hand. In spite of the fact they rarely need to build software from scratch, they need to have solid command on the elementary development languages.

The principal role of the DevOps is to integrate codes created by the development teams and for this carrying out scripting tasks with the help of various useful libraries and software development kits (SDKs) and finally integrating other necessary components like messaging tools and SQL data. The final responsibility of the DevOps development team is to release a software complete with the backend production support and appropriate operating system.

Let us have a look at the key roles, responsibilities and capabilities if the DevOps development teams.

Software development in today’s context is mostly carried out through various tools and open-source technologies capable to stitch pieces of code to build a sophisticated program. Seldom, software are built from scratch these days. DevOps developers by embracing this approach make use of all the available tools and technologies to the optimum level and helps building custom software software solutions specific to business needs.

The Chief Information Officers (CIOs) responsible for carrying out development tasks needed for companies must have an understanding of the problems and issues related to the managing of infrastructure in the context of DevOps development. They must have a clear understanding of how the collaborative approach of the DevOps organisations fit their needs. Two key considerations that organisations trying to take DevOps advantage are as followed.

If any organisation can address these two key challenges, it can easily manage the interdependent factors. With this they can also ensure that their systems always remain in perfect sync and there is not even the slightest probability of process breakdown.

One must have a comprehensive understanding of the way code is incepted in a DevOps project for ensuring continuous integration followed by continuous delivery and deployment. The DevOps team takes care of all aspects of the service lifecycle of a software product ranging from the planning, deployment to maintenance. The same team having a sound knowledge of the development platform and infrastructure will also work for troubleshooting and debugging problems. This the DevOps team will bring together all processes including strategic planning, development and operations.

Let us have a brief look at the key points to understand how the DevOps works.

After having a solid understanding of how the DevOps software development works, let us understand the key constituent concepts like Automation and Orchestration in the DevOps environment. 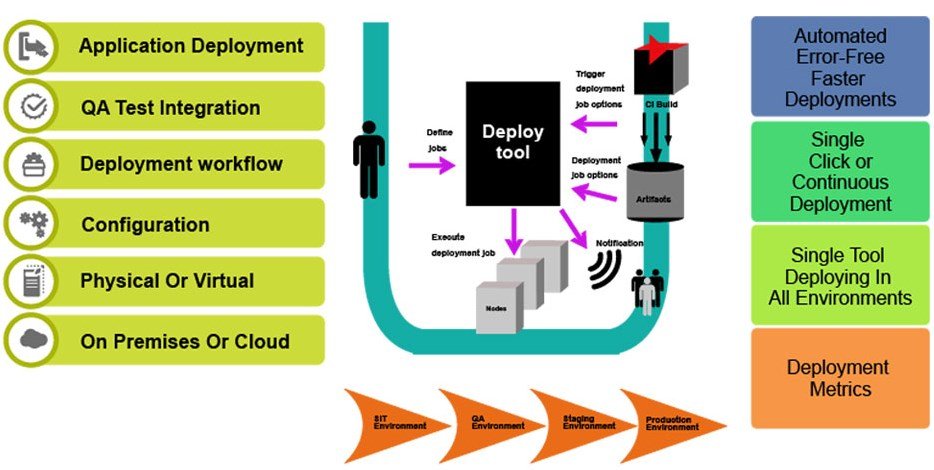 In DevOps environment, automation testing is carried out right within the build pipeline to make sure that the pipeline of the code is ready for deployment. Without testing automation continuous delivery cannot be achieved since the code needs to be ready for smooth deployment without any human intervention.

In the DevOps environment, the pipeline refers to the finished packages of code that make somewhat like an assembly line that goes through several integrations and continuous testing and QA processes until getting ready for deployment and entering into production stage.

Finally, DevOps came as a unifying environment to make give unprecedented boost of efficiency, performance and fast-paced delivery to the enterprise software development market. With DevOps you embrace the cutting-edge development practices sophisticated in agility, speed, performance and robust output.