Since Firebase was launched as the all-powerful and fully loaded language for Android app developed, it generated more than 2 million active monthly users. Naturally, it made Google all the more interested to work on the platform and equip it further with more features. So, finally, the new Firebase update is here with a gamut of useful features and value additions. If you have already used Firebase for mobile app development, this post is for you.

As the Android development landscape stands today, you can hardly find developers who haven’t been introduced to Firebase or hasn’t used Firebase for key web features like implementing Google Analytics to get insights on app usage, targeted messaging to improve user engagement, retention rate, and loyalty, tracking app crashes and performance through Crashlytics and carrying out A/B testing remotely. Firebase has been so useful a platform that almost all Android developers without exception used it for their projects.

With so much of promise, Firebase stays on the top of the priorities for Google and so it continued to work on the platform to deliver more values over and above the earlier version. The new Firebase version launched by Google offers all the sought-after features and value additions that for some time occupied the attention of the mobile app development services.

Developers need to write a lot of boilerplate code for creating new functions if they don’t have ready to use extensions. Obviously, this involved a lot of coding time and chances of committing errors that further slows down the development pace. This is precisely why Google launched the new Firebase Extensions feature.

Any project using the serverless products of Google Cloud, can access Firebase Extensions that are basically pre-packaged bundle of code to take care of different development tasks such as translating the strings, changing the size of the thumbnails, creating email lists, using short URLs, etc. in the beginning only as many as 9 extensions will be made available for the developers.

According to Google, extensions play a crucial role in solving many pertinent and frequent development problems and they actually help in reducing the development time by making prebuilt solutions available. The new extensions launched by Google with the Firebase can easily work with other Firebase products as well as Google platforms.  You can choose your required extensions from the Extensions Directory page or Firebase Extensions GitHub repository. 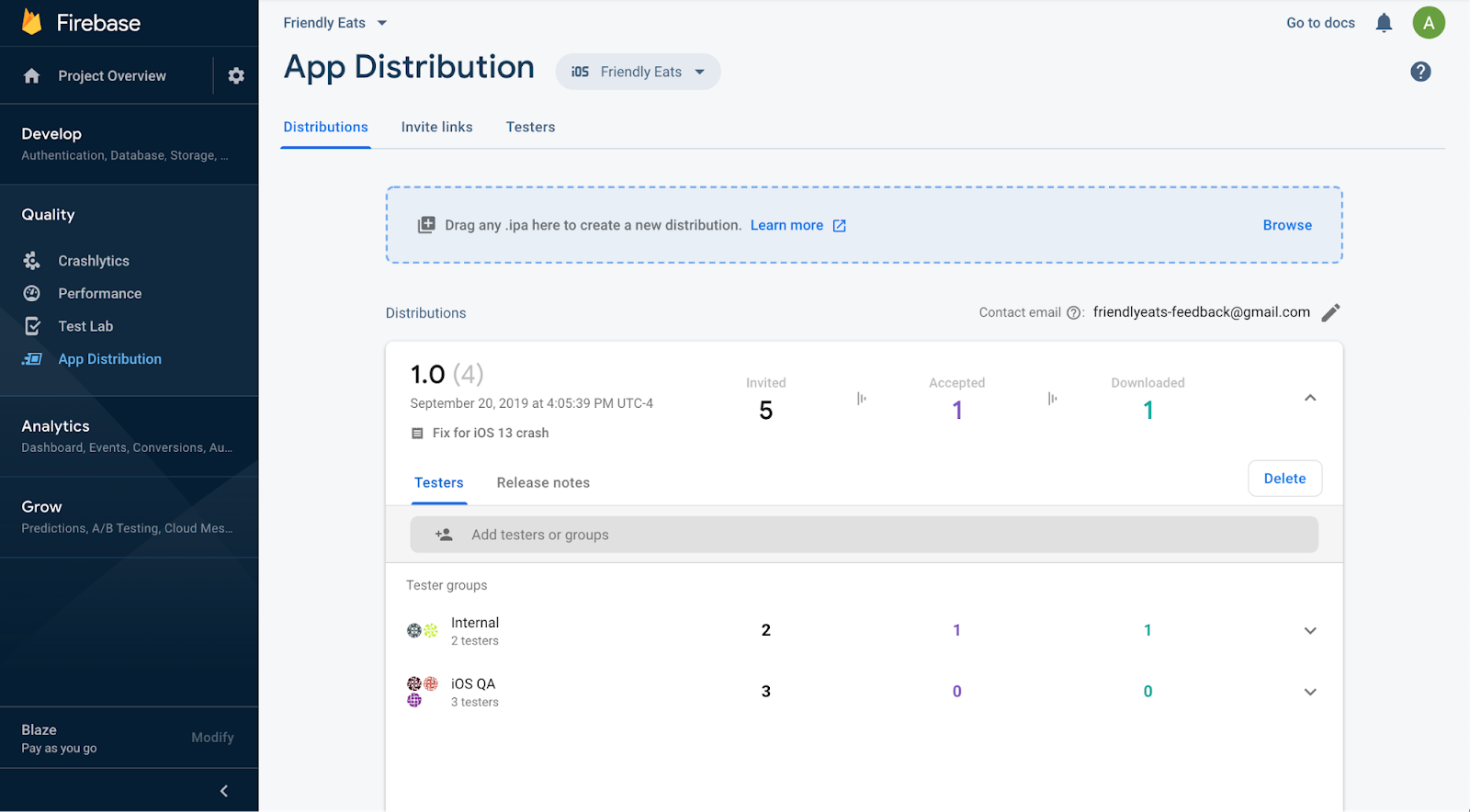 Thanks to Firebase App Distribution you don’t need need to launch the app separately. You can distribute the pre-release versions of the app for both Android and iOS platforms. Moreover, the new distribution platform allows managing several testing groups, sending invitation links, uploading apps for fresh distribution, etc. You can do all of these by using the same dashboard. The new distribution feature also comes with CLI support for Gradle, automation with Fastlane, and for deployment Firebase CLI.

The extended and expanded capabilities of Firebase Analytics will help app developers getting a complete understanding of the user activities and in-app behavior. The tool also allows the developers to create a specific audience within the analytics for targeting them precisely by using remote Firebase Cloud Messaging or remote configuration.

Apart from the above-mentioned features, there have been several other value additions with the new Firebase. Let us have a brief look at these features and value additions.

The new Firebase with its value-added features showcases the effort of Google in creating a robust web developer ecosystem for all modern web and mobile app solutions including Progressive Web Apps (PWA). The new feature set also brought both Firebase and Google Cloud Platform closer to one another.